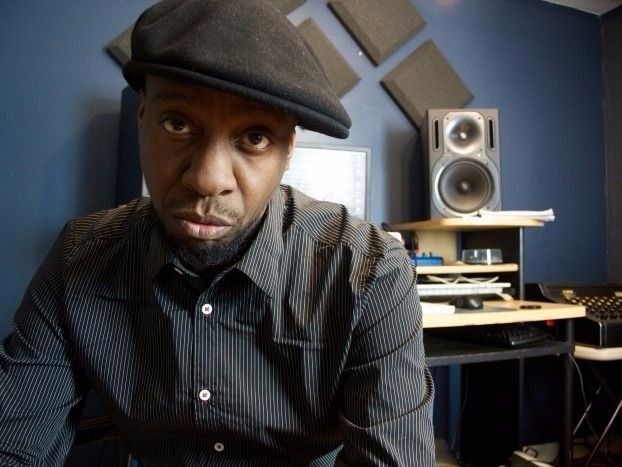 Columbus, OH – Everything changed on July 22, 2015 when Blueprint, Supastition and DJ Rare Groove had a brush with death on the backroads of rural Iowa. While on the road in support of the Rhymesayers MC’s album, King No Crown, a car slammed into their tour van at 60 m.p.h., causing the van to flip over twice and land on its side. Luckily, no one was hurt, but the emotional wounds ran deep.

Two years later, the Columbus, Ohio native has embarked on a new tour — the King No Crown Film Tour. With the support of his loved ones and fans, he was able to pick up the pieces and move forward after the accident.

“I have to give my mom, my team, and the fans credit for that,” Blueprint tells HipHopDX. “I was really discouraged, but my mother told me to keep my head up and at least see if I could find a way to finish the tour. Then speaking to DJ Rare Groove and Supastition about it, I could see that even though things were bad they believed in me and that we could make something work. They gave me the encouragement to not give up.”

The King No Crown Film Tour revolves around Print’s inaugural film, King No Crown (The Movie), which he wrote, directed, edited, scored and starred in. Film was a natural progression from his passion for photography.

“I started getting an appreciation for how images could tell stories and saw that the camera could be used as another medium for storytelling just like music, “he explains. “I read a couple of basic books about video production and those got me interested in diving deeper, so I would always mess around with the camera when I wasn’t working on albums. Doing music videos also got me more curious about eventually trying to make a real movie.”

Described as, “A look behind the curtain into the life of independent Hip Hop MC and producer Blueprint reveals the ups and downs of being a successful but unsung artist during the release of his album, King No Crown,” the film captures that feeling of running out of time.

Getting sober impacted my sense of urgency,” he admits. “When I drank a lot, I felt like time flew by and I wasn’t very sensitive about how I spend it. But once I got sober, I became much more sensitive about time. I saw that I was taking it for granted. I’ve seen so many artists think that they had all the time in the world and could just ‘turn in on’ when they needed to, only to find out later that they didn’t. Time is limited, so I try to be as dedicated to the craft as possible because I know there will come a point where I won’t have the ability to.”

Kicking off on September 16 in Sioux Falls, South Dakota, each tour stop will feature a screening of the film and audience Q&A. It’s completely different from a regular tour.

“With filmmaking, I’m almost starting over in terms of the venues and places I can take it,” he says. “Some venues are great to play shows in, but not so great to show a movie in, so you have to look at venues completely different than you would on a regular tour. Also, because the studios still control even what happens in the independent theaters, film also has a completely different business model than music does at the independent level. But even with all that, I’m pretty excited about getting out there with the film and seeing how people respond to it.”

Now in his seventh year of sobriety, there’s a sense Print has never been happier. The title, King No Crown, is the perfect metaphor for how he lives his life today.

“To me, ‘King No Crown’ is about being great at what you do and being held in high esteem for what you do even if the masses never understand or see it,” he says. “It means that with or without a title you do what is necessary to be successful because at the end of the day it’s not about them it’s about being the best version of you.”

Check out the trailer above and the film tour dates below.