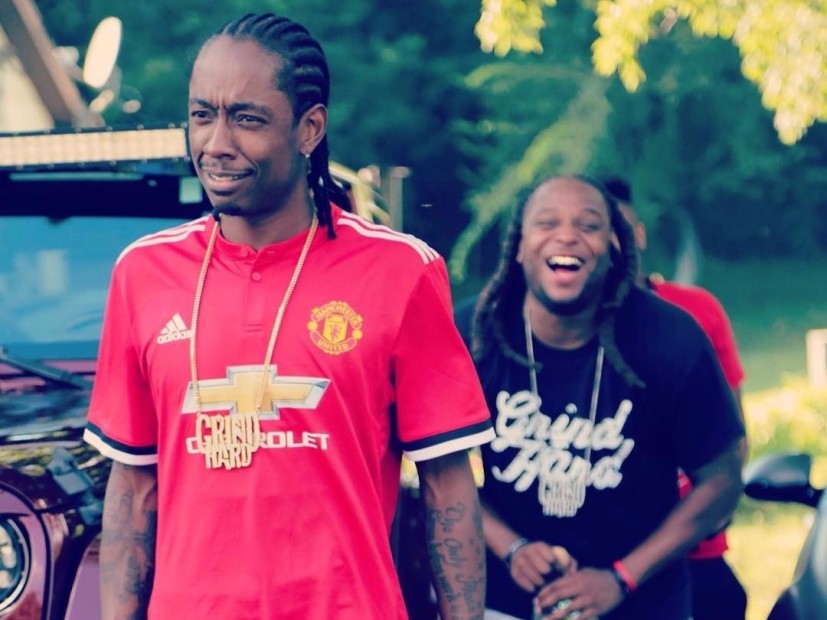 Nashville, TN – Earlier in the week, social media footage abruptly cut off the Nashville brawl between its most prominent rappers, Young Buck and Nashville and now more footage has become available.

The full fight clip shows the G-Unit soldier aggressively flinging the Stepbrother around the hallway before marching off screaming, “Watch yo muthafuckin’ mouth.”

Following the release of Starlito’s retaliatory record, “You Should Be Proud” (streaming down below), Buck released a new song titled “Lawd Have Mercy” that doesn’t exactly speak on the siuation but the artwork sure did raise some eyebrows.

(The original version of this article was published on July 31, 2017 and can be found below.)

As Young Buck and Starlito were attending a basketball game on Sunday (July 30) in their hometown of Nashville, Tennessee, things got ugly when the two rappers began to argue.

In two videos that surfaced online, Buck is seen grabbing Lito by the neck as an all-out brawl breaks out. While the crowd is erupting with excitement, security rushes to the melee and busts out the pepper spray.

It’s unclear exactly what triggered the fight, but some are speculating it stems from Lito calling Buck a “faggot.” After this weekend’s altercation, Lito quickly penned a diss track aimed at his apparent adversary titled “You Should Be Proud.”

“Nobody ever did it bigger for the Ville than Buck/ But I’m realer and I really don’t even give a fuck,” he spits. “How the fuck you know/ you never know who fuck with who/ playing both sides ain’t cool/ I don’t fuck with you/ I always pay homage/ I always kept it honest/ You call me ’cause you thought I tried to holler at your baby mama/ I laughed/ Remember that?/ That’s the type of shit you do/ Keep a nigga close but don’t plug ’em in like Bluetooth.”

YOU SHOULD BE PROUD.. @youngbuck

This isn’t new territory for Lito. In June 2017, he took aim at Post Malone for the Stoney rapper’s track “White Iverson” and dropped his own version, “Black John Stockton.” The single art featured a caricature of Post in blackface. Buck just happens to be the latest rapper on his radar.

Check out videos of the fight and “You Should Be Proud” above.