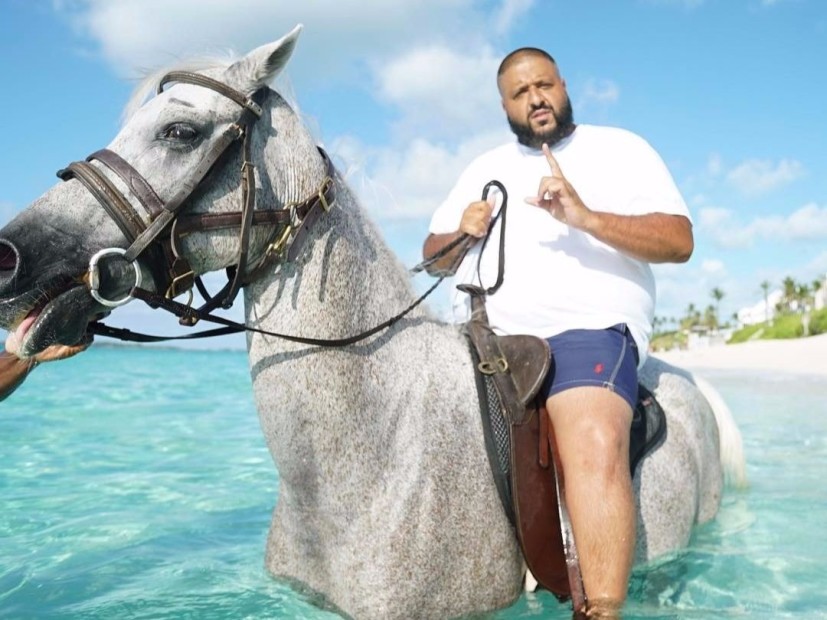 No, DJ Khaled Didn't Break A Horse's Back

Nassau, Bahamas – Ignore any reports out there saying DJ Khaled broke a horse’s back while on vacation in the Bahamas earlier this month. The 48-word “story” was originally “reported” by apparent fake news site VYBZ Media, which claimed the Miami-based producer/DJ was too heavy for the animal and that it needed to be euthanized over injuries sustained while Khaled was riding it.

The site reported that equestrian trainers based in Nassau said, “DJ Khaled said he weighed 200 lbs., but our horse’s back determined that was a lie.”

A rep for the Grateful artist shot down the rumors to Metro UK, and Snopes, a fact-checking website, also looked into the details and deemed it a “fabricated story.”

The one true part is that Khaled did, in fact, ride a horse recently, and posted evidence of his adventure on Instagram.

Never one to miss an opportunity to celebrate his successes, the 41-year-old artist can be heard saying in the video, “Number one album two weeks in a row. Billboard #1 … We celebrate life. They don’t want us to celebrate, so we ride horses on the beach.”