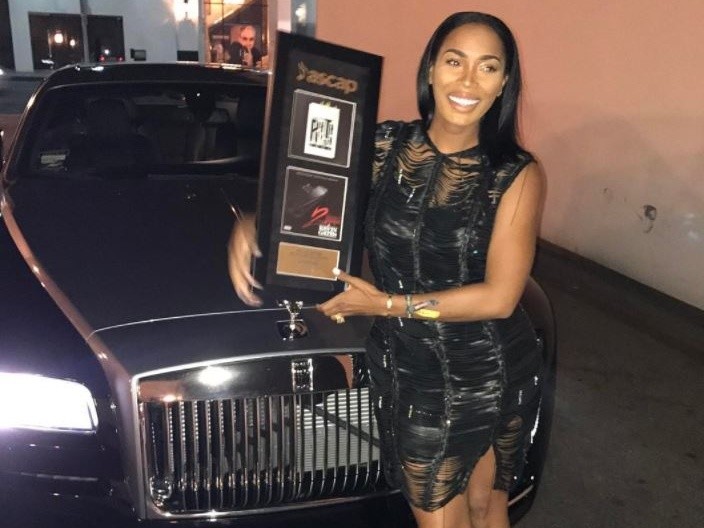 Kevin Gates' Wife To Release His Next Project

Kevin Gates’s wife, Dreka Gates, is evidently hard at work preparing the release of the Southern rapper’s next full-length project, the follow-up to 2016’s Islah.

Dreka, who fessed up to being nervous about her involvement in the project, made the reveal on Twitter this week and promised the release from her currently incarcerated husband is “fire.”

“BTW working on Kevin’s new project right now and I’m not going to lie, I’m nervous as F b/c I’m not getting any input from him & he’s fully entrusted me w/everything so there’s a lot of pressure! I respect real artists and their artistry and to be making ALL of the decisions is scary but rest assured the music is always fire as F!,” Dreka wrote in three separate tweets on Monday (July 10).

In a recent interview with Galore magazine, Dreka spoke about the impending project and explained why they have held off on the LP’s release. She also mentioned a forthcoming mixtape.

“I’ve just been maintaining the things that I can in his absence,” she said. “We were gearing up to release his next album, but we’re missing a few key songs so now we’re working on another mixtape project.”

I don't usually do this but..(in my @iamkevingates voice of course! #911 ) check out this article for an interview that I did with the beautiful @TaylorWinter with @Galore Hope you guys like it ? By the way, if it weren't for my parents, I wouldn't be who I am and where I am today. They taught me a lot about life and I will always love and respect them for that! ? ? https://galoremag.com/dreka-gates-parents-cut-off-took-path/

Check out the posts above.