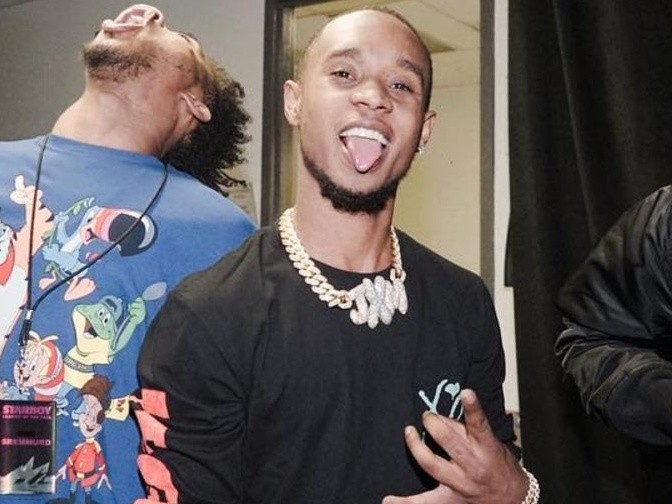 Such is the story of Rae Sremmurd rapper Slim Jxmmi’s iced-out chain.

While performing at the Zenith in Paris on Monday (July 3) during their tour with Gucci Mane, Jxmmi reportedly lost his chain after stage diving into the crowd, according to French publication Le Parisien.

After the chain disappeared, the duo stopped the show and attempted to bargain with the Paris audience for several minutes for the return of the piece of jewelry.

At one point, Swae Lee offered 5,000 euros for the chain’s safe return, and within seconds he bumped the number up to 50,000 euros. He also offered to bring the person responsible for the return of Jxmmi’s chain on tour with them.

Unfortunately for the pair, those in the audience were either clueless about the chain’s whereabouts or had no desire to return the piece to its owner.

Video of the incident shows Slim Jxmmi jump into the audience to get up close and personal with those who may have picked up the chain — to no avail.

Exactly which chain went missing is still unclear, but Jxmmi has been sporting a new one on social media a lot recently.

After the concert, Slim went to French police to file a report, according to Le Parisien.