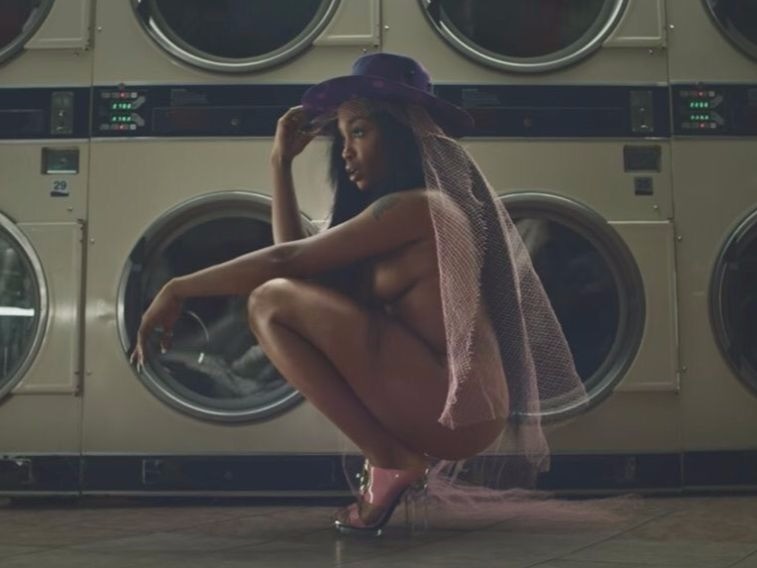 Azealia Banks kicked off a turf war early Wednesday morning (June 21) after she claimed Top Dawg Entertainment artist SZA stole her swag. In a since-deleted Instagram post, Banks wrote: “Another Day, another attempt to recreate the genius that is … Azealia Banks.”

The caption accompanied a photo of the cover art for Banks’ Slay-Z mixtape and SZA’s look for the “Drew Barrymore” video shoot.

HipHopDX reached out to TDE President Terrence “Punch” Henderson to clarify the situation, and he was happy to provide a photo of what he called the “actual inspiration” for SZA’s look.

“[This is] some lady that the director found and wanted to recreate the image in the Drew Barrymore video,” he explained. (The image appears to be by photographer Mark-Meir Paluksht.)

Banks took plenty of heat on social media for the initial post and people accused her of trying to “tear down” another Black woman. Banks defended her actions online.

“The lies people tell themselves just because they would rather paint me as a villain rather than just taking what I say at face value,” Banks wrote in another since-deleted Instagram post. “Calling someone out for copying is not ‘tearing down another black woman.’ And all the ‘sza did it better’ lines are just more delusions you’re putting on top of shit just to lie to yourself about how similar the two photos are.”

“Y’all KNOW,” she continued. “Them tiddies and that hair in my slay-z cover, and my posture on my slay-z cover is UNMATCHED. She matched her shoes to my logo and missed the mark. Only an observation. Not a tear down. Bless. Xx.”

SZA, of course, just released her long awaited debut album, CTRL, which debuted at #3 on the Billboard 200 chart this week.