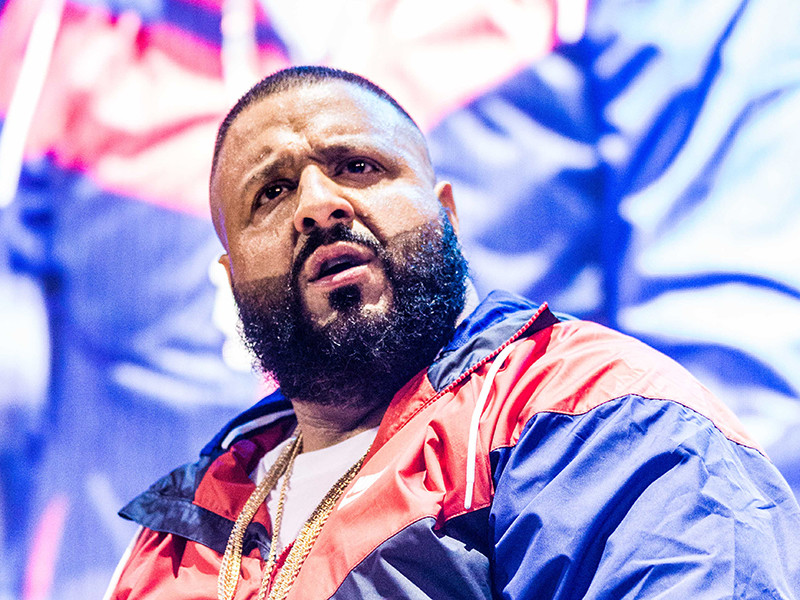 At this point, DJ Khaled has worked with everyone from Nas, Kendrick Lamar and Drake to Jay Z, Beyoncé and Rihanna. During a recent interview with Yahoo’s Katie Couric, he mentioned another person he wants to add to the list — Slim Shady.

“I never got a chance to work with Eminem. … I have tried before, but I’m gonna try again,” Khaled said. “But this time when I try again, I’m gonna make sure I have the right record. I don’t think he’s telling me no. I think I just gotta come with the right presentation.”

Khaled has been doing the promotional runs for the June 23 release of his Grateful album, which features the platinum-selling single “I’m The One” with Chance The Rapper, Quavo, Lil Wayne and Justin Bieber.

The album also finds his firstborn child Asahd on the cover and holding the title of executive producer. While some have criticized the promotion of his child as overkill, Khaled apparently doesn’t see it that way and discussed how fatherhood changed him.

“It gave me a feeling that I can’t describe,” he said. “It’s love in its purest form. When I see my son, it’s a love that I can’t even explain. It’s powerful. It just gave me more patience. I realized that nothing else matters but my family and my son. You can’t break me.”