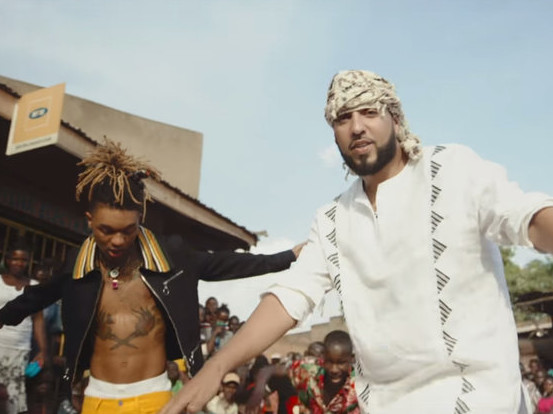 While everything else on the charts is pretty much the same as last weeks, Kendrick Lamar’s “LOVE.” featuring Zacari (#19), Ayo & Teo’s “Rolex” (#14) and Gucci Mane’s “Slippery” featuring Migos (#24) are among this week’s few rising singles. As a matter of fact, Migos’ Quavo has eight songs as a featured artist or as part of Migos charting, including the #1 DJ Khaled cut “I’m The One.”

French Montana’s “Unforgettable” gained steam on social media with its #UnforgettableDanceChallenge that had everyone from Diddy, Drake and Swizz Beatz participating and now the gold-selling single featuring Swae Lee has cracked the Top 10 at #8.

Quavo’s nickname is not Quavonce Knowles for nothing! The 26-year-old Migos member currently has eight songs charting on the R&B/Hip Hop single sales chart this week. Two of the singles happen to be in the Top 10. DJ Khaled’s “I’m The One” featuring Justin Bieber and Chance the Rapper, which has made its home at #1 since its release, is just one of the singles with Quavo’s name attached. There’s also Post Malone’s “Congratulations,” which sits at #4.

Quavo is also featured on Drake’s song “Portland” (#39) along with Young Thug as a solo artist. Two of the songs charting are singles that feature Migos including Lil Yachty’s “Peek-A-Boo” (#66) and Gucci Mane’s “Slippery” (#24). The last two are Migos singles off their Platinum-selling album CULTURE, “Bad and Boujee” featuring Lil Uzi Vert (#20) and “T-Shirt” (#27).

This week, we see the resurgence of a few old Eminem songs. They include the 2002 single “Without Me,” which increased in sales significantly by 224 percent since last week with nearly 7,000 units sold.

Expect Eminem’s 2010 slap “So Bad” off Recovery to chart soon as well since it’s been featured in the Despicable Me 3 trailer. The family film is slated to debut in theaters June 30.