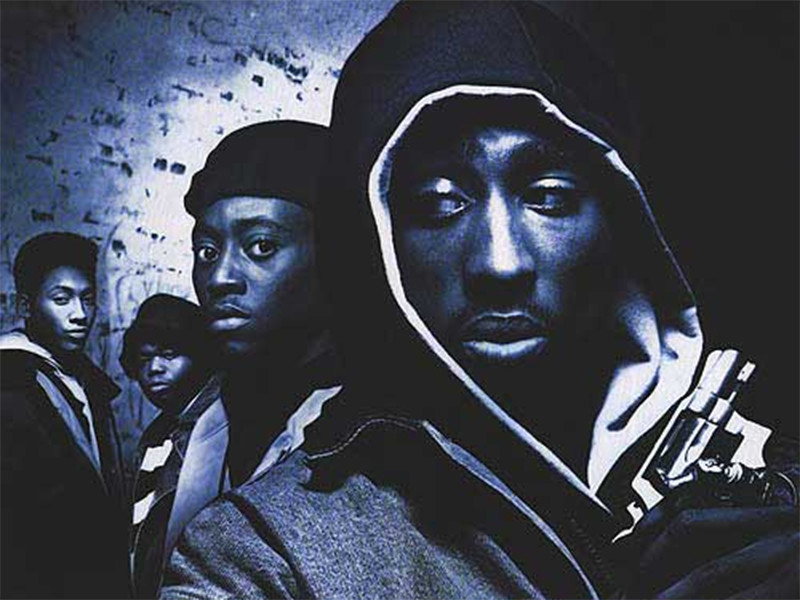 The 25th anniversary edition of Juice, the cult classic film marking Tupac Shakur’s 1992 acting debut, comes with a few surprises, one of which is the alternate ending. At the end of the original movie, Shakur’s character Bishop — a Harlem teen who goes down a violent path — is ultimately faced with two choices: plummet to his death, or get arrested and go to prison.

In the O.G. version, the film concludes with a brutal showdown between Bishop and former close friend Q (played by Omar Epps). Q eventually knocks Bishop over the edge of the building, but grabs his hand to keep him from falling. Q is unable to maintain his grip and lets go, ending Bishop’s life. The alternate version finds Bishop in the same predicament, but this time, he hears police sirens in the background and decides to let go on his own.

“I ain’t going to jail, man,” Bishop says before falling to his death.

Co-writer and director Ernest R. Dickerson spoke to Rolling Stone about the scene: “He hears the cops coming and he stops struggling … and he lets go. It was just an attitude that showed that Bishop wasn’t a punk. He was a force that really had to be reckoned with in the right way.”

Watch the alternate ending above.