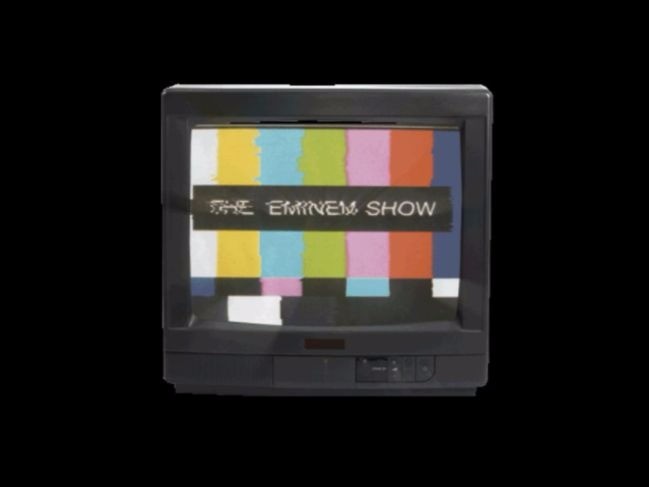 Eminem Names Jim Carrey As Influence For "The Eminem Show"

Instagram – Fifteen years after its release, Eminem’s fourth studio album, The Eminem Show, is still fodder for discussion. In fact, the mastermind behind the Diamond-selling project is apparently still peeling back layers from the proverbial onion. The 15-time Grammy Award-winning MC took to Instagram on Tuesday (May 30) to reveal the LP was inspired by the 1998 Jim Carrey film, The Truman Show.

“The concept 4 the Eminem show was inspired by ‘The Truman Show’ because my life felt like it was becoming a circus around that time,” Shady wrote. “I felt like I was always being watched. Basically, Jim Carrey wrote my album.”

The post coincides with the 15th anniversary of The Eminem Show, which was released on May 26, 2002, and the subsequent anniversary edition of the album, The Eminem Show: Anniversary Capsule. Early access to the project launches later Tuesday night. Sign up here and check out the post above.