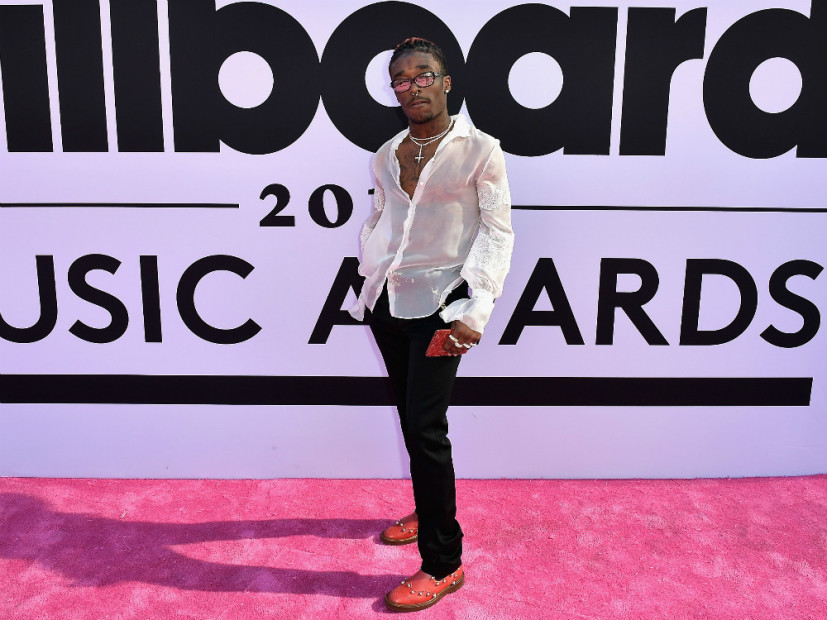 Las Vegas, NV – Lil Uzi Vert hit the red carpet at the 2017 Billboard Awards wearing a sheer, $2,400 Valentino top, once again raising eyebrows. The “XO Tour Llif3” rapper has been the brunt of social media jokes due to some of his outrageous fashion choices.

During an interview with Sway Calloway at the awards show Sunday (May 21), Sway brought up the recent criticism and mentioned people think his clothing is “feminine,” but Uzi didn’t seem too worried about it.

“You know what it is — they’ve never felt these fabrics before,” Uzi said. “That’s all it is.”

.@jeanniemai says @LILUZIVERT is 'one of her fave dressed on the #BBMAs magenta carpet' tonight! Hear what he has to say. pic.twitter.com/f7nRFLJuXe

Uzi also gave a vague update on the status of his highly anticipated mixtape, Luv Is Rage 2, claiming it’s on the way. “It will be out really soon,” he said. “Sooner than soon.”

Throughout the brief conversation, Uzi kept it positive, even when the subject of his love life was brought up. He was previously linked to Brittany Byrd, the woman who appeared as his damsel in distress in the “Money Longer” video, but he wouldn’t confirm if they were still together.

“Brittany’s my best friend other than my grandma,” he said. “No matter what.”

Check out the clip of Lil Uzi Vert discussing his fashion above.