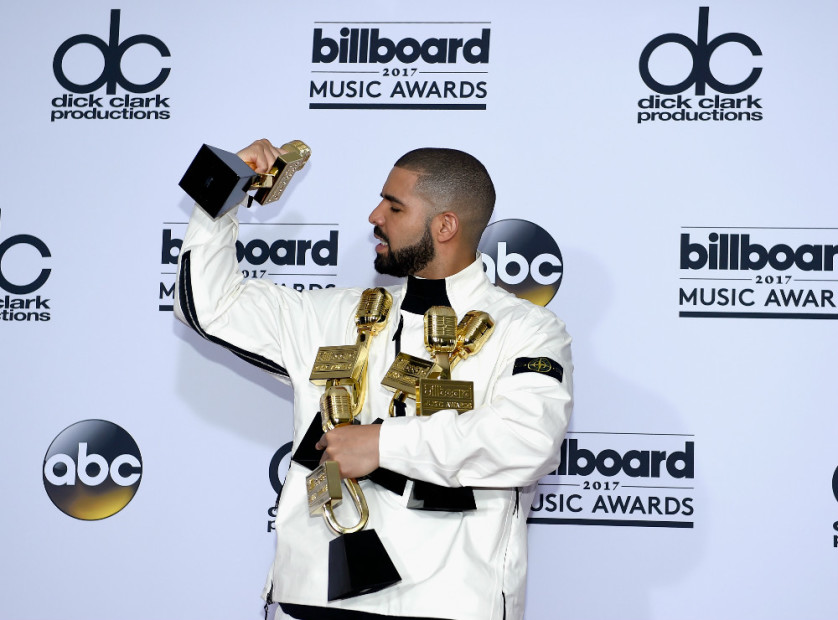 Las Vegas, NV – People get mad in the comments section because we post so much about Drake. However, we have to post what the people are listening to and it’s evident Drake reigns supreme after taking home a record 13 trophies at the Billboard Music Awards Sunday (May 21).

Drizzy — who was nominated 22 times — nabbed several trophies before the official ceremony even started. But during the event, his wins for Top Male Artist, Top Billboard 200 Album and Top Artist put him ahead of Adele’s record set in 2012. That year, the British superstar took home 12 trophies.

In one of his acceptance speeches, Drake saluted Ludacris to prove their beef is dead and also professed his love for Nicki Minaj.

Along with collecting several awards for VIEWS and his sensational streaming numbers, Drake gave a fiery performance of the More Life cut “Gyalchester” in the Fountains of Bellagio.

Check out the full list of 2017 Billboard Music Awards winners here and see Drake with all 13 of his trophies below.