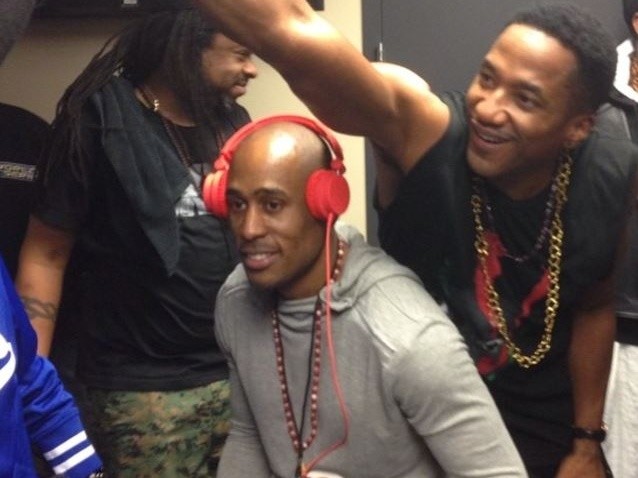 Unfortunate news for Tribe fans across the pond. A Tribe Called Quest will no longer be performing at the Roskilde Festival in Denmark (June 24 – July 1), as well as several other festivals, due to an injury Q-Tip suffered.

The Tribe spitter reportedly injured his shoulder and will now require surgery.

“We had obviously really looked forward to presenting A Tribe Called Quest this summer, but we fully understand the doctor’s strict orders that Q-Tip cannot perform after his surgery,” the festival wrote in a statement. “Ice Cube has managed to fit the show into his busy schedule in the middle of a basketball tournament he is organising.”

Tip also released a statement, via the We Love Green festival in France.

Have a bit of unfortunate news to share … I’ve injured my shoulder and now need to have surgery which means Tribe won’t be able to perform for our faithful fans in the UK, France, Denmark (We Love Green Festival June 10th in Paris; Parklife Festival June 11th in the UK; and Roskilde Festival July 1st in Denmark). I’m hoping for a speedy recovery and looking forward to getting back to these countries as quickly as possible to perform for all of you. Much Love – Tip

There is another festival the group won’t be performing at, though it’s through no fault of their own. The Pemberton Music Festival in British Columbia is canceled after organizers declared bankruptcy.

We'll be at @pemberton_fest in July too!