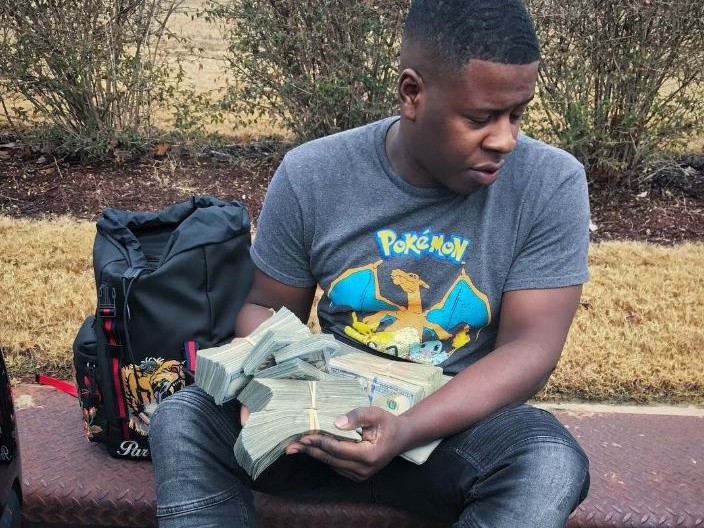 Along with Benson, 23-year-old Frederick Black and 20-year-old Antavius Gardner have also been charged with six counts of discharging a weapon into occupied property and felony conspiracy, as reported early Tuesday (May 16). The men turned themselves in at the Mecklenburg County Sheriff’s Office.

In February, Dolph was riding to his concert when more than 100 rounds were fired into his vehicle, however, no one was injured in the incident. Police claimed that multiple apartment units and vehicles were struck in the shooting.

The investigation is ongoing. Watch the video about the arrest below.

(Original story was published early May 16 and can be found below.)

Blac Youngsta has been arrested in connection with a shooting, according to The Mecklenburg County Sheriff’s Office website. The Illuminati rapper’s arrest record shows he’s being held on charges of “discharging a weapon in an occupied dwelling or moving vehicle,” as well as felony conspiracy.

Some outlets, such as TMZ, are reporting that the arrest is linked to the “100 Shot” shooting in Charlotte that targeted Young Dolph. TMZ also reports that Youngsta surrendered to police along with two other men after a warrant was issued for them.

HipHopDX reached out to the Charlotte Police Department, but didn’t immediately hear back.

This is a breaking story. Check back for updates.

#BlacYoungsta was reportedly arrested in North Carolina on weapons charges allegedly involved in a #YoungDolph shooting that happened a couple of months ago!