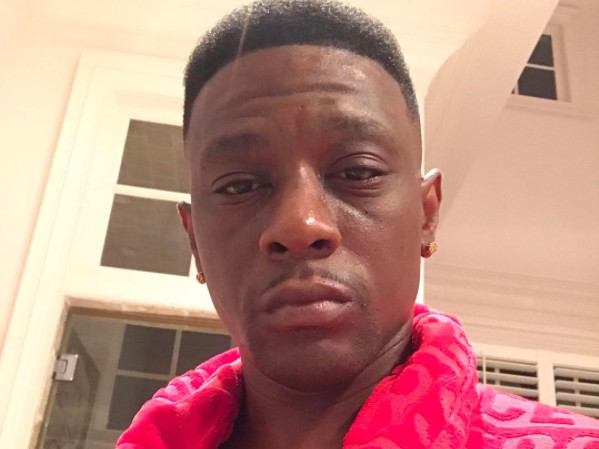 Biloxi, MS – Boosie Badazz accused Biloxi, Mississippi police of stealing $1 million worth of his jewelry earlier this week after he and a group of his associates were pepper-sprayed at a local mall for an alleged assault, which resulted in five arrests. Authorities now say his missing “jewelry sack” has been recovered despite the fact the Biloxi Police Department initially denied having it, according to Page Six.

In a new Instagram video, the Baton Rouge, Louisiana native expressed his anger about the situation and spoke about what he described as police “brutality” and an act of  “evil.”

I told you ?these mfs r thieves,racist etc. all of sudden it's found smh I'll see y'all n court #nomobiloxi

The 34-year-old recently had another reason to celebrate when he announced his upcoming role in the boxing film Glass Jaw, which marks his major film debut. He plays an underground fight club runner who places a bet on the lead character’s fight and wins. Until that hits the theaters, check out his Instagram video above.