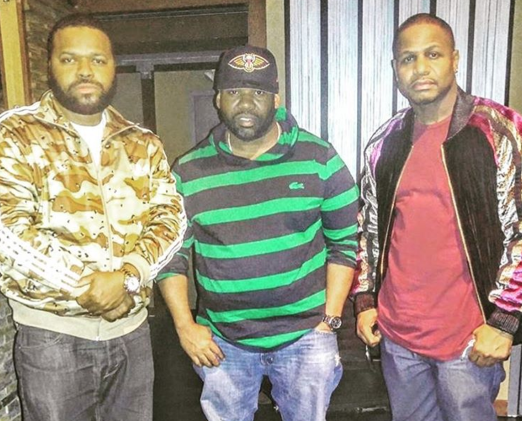 New York City, NY – With the path that was recently set ablaze by the Wu-Tang Clan’s Raekwon, thanks to his impressive new album, The Wild, Hip Hop has openly set a seat at the VIP table for its 40-and-Up crowd.

One MC who’s looking to benefit from such renewed interest in the heroes of yesterday is Anthony Cruz, better know to rap heads as AZ.

The Brooklyn-born rhymer is largely known for having the only guest appearance on Nas’ iconic debut, Illmatic before later joining the legendary Queensbridge rap star on the short-lived supergroup album, The Firm.

But fans also respect AZ for his own solo debut, 1995’s Doe or Die, which followed or predated similar mafiaso-style rap albums such as Jay Z’s Reasonable Doubt, Raekwon’s Only Built 4 Cuban Linx or Nas’ It Was Written.

Speaking of Raekwon, AZ is currently putting the finishing touches on his long-delayed sequel Doe or Die 2 and the first taste of the project in “Save Them” features The Chef, Mobb Deep’s Prodigy and production by D.I.T.C.’s Buckwild and Jay Allen.

In a new interview with Nodfactor, AZ — who recently celebrated his 45th birthday on the same day of Biggie’s 20th RIP anniversary — explained the vision for the album, which included focusing on eradicating the culture vultures.

“It’s about the sellouts,” AZ explained to NF’s Jerry Barrow in regards to his “Save Them” record. “This is our culture and it took us decades to build this culture right here and it’s being taken advantage of and being used as a fast food situation for people to make a quick dollar. I’ve been on the low for a few, but everywhere I go it feels like I just put a record out because the love is still there and they say ‘You gotta save us from this,’ and I say ‘From what?’ They say there is no substance and the babies still listen to music. You gotta save us. I been getting that for a year or two. Then I was like damn, I gotta save the people. But at the same time I’m like I gotta save those doing it [to us] from themselves. Because they have no clue.”

BFTP: No need to adjust your calendars. That’s AZ, Raekwon, Prodigy and Buckwild all on a 2017 track.

Yet, when it came to pointing out flaws, AZ didn’t take a holier-than-though stance on the subject.

“It’s like the blind leading the blind,” he continued. “I can’t be mad at the little homies doing what they do. They just chasin’ a bag. That’s all they ever knew. But at the same time what y’all doing is defeating a purpose to an extent. Let’s cut the shit out and in order to rebuild we have to destroy so I’m trying to destroy and rebuild.”

As of press time, Doe or Die 2 has no hardline release date but as AZ points out elsewhere in the interview, he’s testing out the new records in front of live audiences every chance he gets.