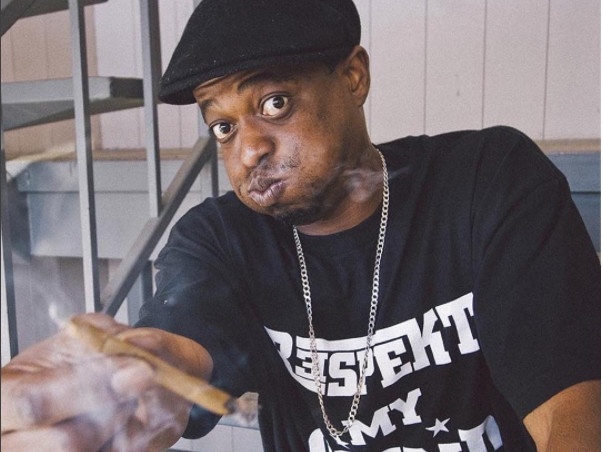 Houston, TX – Marijuana-loving MC Devin The Dude has built a comfortable solo career after branching out from his Houston rap collective, Odd Squad, in the late ‘90s. Originally signed to infamous independent label Rap-A-Lot Records, he released four albums with the imprint, beginning with 1998’s The Dude and culminating with 2007’s Waitin’ To Exhale.

He credits The Geto Boys mastermind and former labelmate Scarface for encouraging him to take the solo route despite the fact he traditionally preferred being in groups.

“The Dude was my first solo album,” Devin explains to HipHopDX. “I didn’t even want to do a solo album, but Scarface asked me to do one. He was like, ‘What do you think about doing a solo album?’ I wasn’t sure because I had always been part of a group. I’d always loved groups. I used to be a part of breakdancing groups all the time and rap crews. I was always about power in numbers, but he was kind of adamant about me going solo.”

Devin also had concerns his Odd Squad posse would dissuade his pursuits even if he did decide to work on his own, but to his surprise, they were unselfishly supportive of the idea.

“Scarface said, ‘You really should go solo man ‘cuz I think people want to hear you,'” he recalls. “Even Little J from Rap-A-Lot asked about it too. I went to the Odd Squad and asked my group members what they thought. They were real cool and down with it. I was really thankful for that. Ultimately my solo album started sounding like it would with the group because they were always involved with it anyway.”

The rest is rap history. Since then, he’s bounced around labels, but finally took the plunge and established his own imprint, Coughee Brothaz Music, in 2013 with the release of his eighth studio album, One For The Road. Earlier this month, he dropped his latest solo album, Acoustic Levitation, on the label, however he always remembers where he came from and the lessons he learned along the way.

“I’ve really been independent since 2008,” he says. “My time at Rap-A-Lot was real fun and I gained a lot of experience. It was just a great ride with Rap-A-Lot. It was a very wonderful road.”

As far as his Odd Squad crewmates go, he’s still friends with them to this day. In fact, one of the new tracks on Acoustic Levitation, “We High Right Now,” features Jugg Mugg and Rob Quest of the group. Throughout his career, two things have remained consistent (and no, not just his love for herbal treats) — he’s still one of the most congenial, down-to-earth artists making music today and remains true to who he’s always been. Check out Acoustic Levitation‘s title track above and current tour dates below.