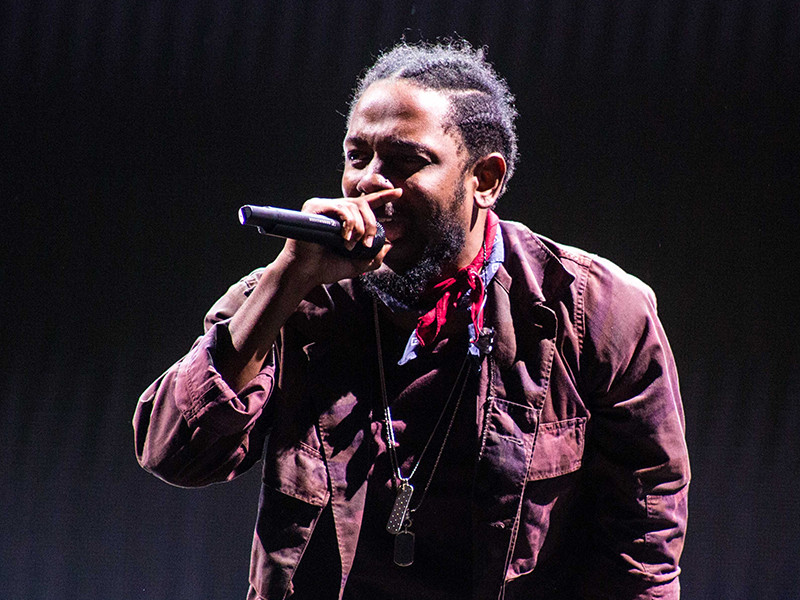 There are few artists on the scene who share Kendrick Lamar’s ability to send the world into meltdown, and that’s just what the Compton maestro did yesterday when he dropped “The Heart Part 4” out of (almost) nowhere.

The track banged, but a lot of the discussion in its aftermath has centered around who exactly Kendrick Lamar is firing shots at.

Two of the targets are pretty obvious, that is the popular political punching bags of Donald Trump and Russia:

“Donald Trump is a chump, know how we feel, punk
Tell ’em that God comin’
And Russia need a replay button, y’all up to somethin'”

“My fans can’t wait for me to son ya punk ass and crush your whole lil shit
I’ll Big Pun ya punk ass, you a scared little bitch
Tiptoein’ around my name, nigga, ya lame
And when I get at you, homie, don’t you just tell me you was just playin'”

Fans think that this might be Kendrick clapping back for lines on Big Sean’s “No More Interviews” that seemed to refer to Kendrick — “And I’m just not impressed by you niggas rapping fast/ Who sound like one big asthma attack but trash when I’m rapping it back/ Who you put in your top five and claim they the savior of rap.”

A lot of speculators have also pointed to Kendrick’s repeated use of the words “little” and “lil” on the track as a possible play on Big Sean’s name.

The conspiracy hasn’t just looped in Big Sean though. Others believe that Kendrick is also taking shots at Drake with the line “Don’t tell a lie on me/ I won’t tell the truth ’bout you.”

This could be a reference to the ghost-writing claims that dog Drake’s career (something Kendrick seemed to reference on “King Kunta” too).

Regardless of how much of a stretch you think the shots at Drake are, what can’t be denied is the timing of this new track, just days after More Life came out. If the release of K.Dot’s fourth album is what he hinted at for April 7, they’ll be in direct competition on the charts.

As for the TL though? Complete meltdown.

When you forget that Kendrick isn't meek pic.twitter.com/4Jb0ZtmUcd

Is this why Kendrick came at big Sean ??? pic.twitter.com/AiBK2GSxkp

When I like both Big Sean and Kendrick pic.twitter.com/QlUFfBDJhU

When your favorite lyrical rappers are Kendrick and big Sean and you hear Kendrick dissing him pic.twitter.com/MBamzohGfI

But, of course, there are some dissenters — with some even providing evidence that Big Sean is currently a fan of Kendrick Lamar, and was in the studio listening to K.Dot’s new music.

Big Sean at the studio w/ Kendrick listening to his new music while yall on twitter saying they got beef lol pic.twitter.com/92UPV1Q82n

We’re unlikely to get the green highlight on Genius from Kendrick confirming these theories, so for now we’re waiting for more music to drop and make the situation more clear. For now, though, we can thank Kendrick for spicing things up yet again.

Want more speculation on diss tracks? Check out our in-depth look at who Drake might be going at on More Life.