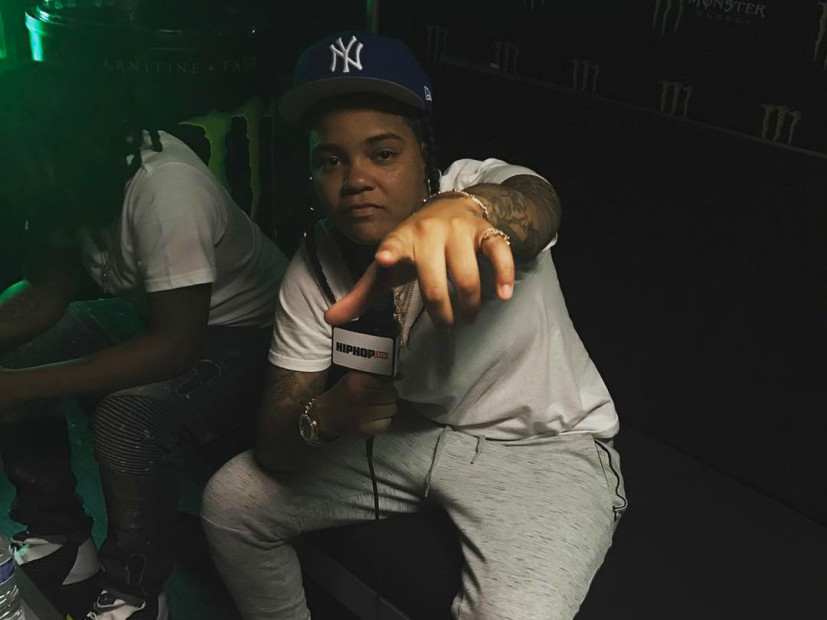 Young M.A has been making her way to the top as one of the best female rappers in the game. In fact, Wednesday night (March 15), the “@hennynhoes” headlined the Monster Energy Outbreak House at SXSW, taking the stage after Ugly God, 24Hrs, and Mod Sun. HipHopDX had the pleasure of speaking with her backstage before her set.

The Brooklyn MC recently dropped her latest single “Hot Sauce,” a close follow-up to “OOOUUU.” When asked about this record, she stated, “That’s me. That’s ‘Hot Sauce.’ That’s the swag. ‘OOOUUU’ been established. That’s my swag,”

Our girl @shirju is out and about at #SXSW and met up with @hennynhoes!

Being affiliated with Duck Down Music and getting a shout out from Beyoncé on Instagram has landed Young M.A in the gap between underground and mainstream.

She explains how she’s gotten herself in this place, “Just been working hard. I’m versatile. I can spit some bars for you, and then I can make some songs for you. And that’s what it’s about. It’s about just creating and having creativity and having art in you. And just having passion for the music. At the end of the day, I’ve been always spitting, always have freestyles, and then I always made songs. So it’s only right to bring what I knew to the table, you know what I mean?”

Young M.A is continuing to establish herself and is currently working on two EPs, including one titled Herstory, which will have no features.

Catch her opening for 21 Savage on his upcoming Issa Tour.