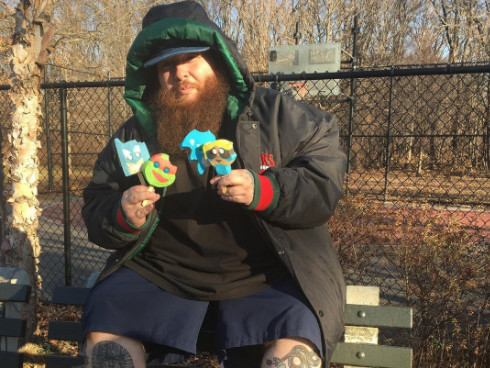 Produced exclusively for Snapchat, VICE Media’s new matchmaking series, Hungry Hearts With Action Bronson, features the Flushing, Queens MC and foodie sending lucky contestants on curated dates complete with pre-planned meals and activities. Throughout the show, Bronson will offer commentary on how the date is going and predict whether or not the couple will go out again.

The show is produced by the same Viceland team producing Bronson’s cooking series, F*ck, That’s Delicious, and is just one component of the network’s newly formed relationship with the social media giant.

VICE was an original launch partner on Snapchat’s Discover platform, a daily mix of handpicked editorial and video from a plethora of media companies. According to The Hollywood Reporter, the deal is a result of VICE’s renewed focus on mobile expansion through a series of recent mobile video pacts in Asia.

Bronson, of course, is no stranger to television. In addition to F*ck, That’s Delicious, the weed-loving, food-inhaling rapper also appeared on Traveling the Stars: Action Bronson Watches Ancient Aliens. Hungry Hearts kicks off later this year and runs for eight episodes.