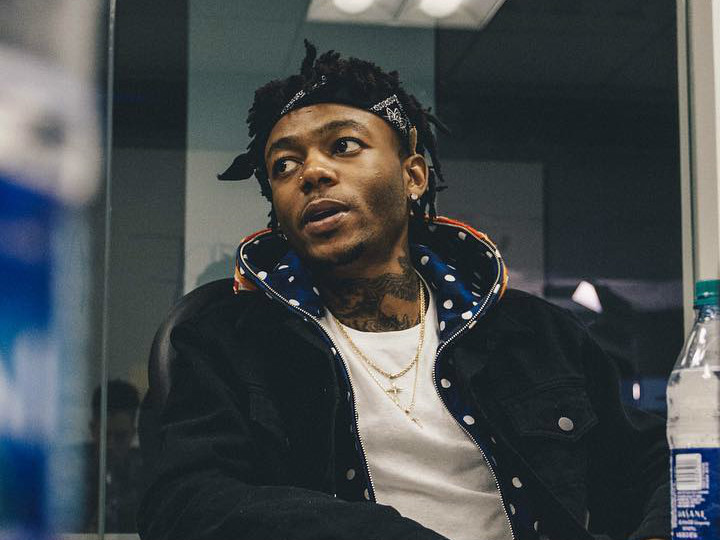 Atlanta rapper J.I.D‘s first project on Dreamville is here in the form of The Never Story.

The project is made up of 12 tracks, including two produced by label boss J. Cole.

Features on The Never Story come from 6LACK and Spillage Village’s EarthGang. The lead single was “Never.”

Stream J.I.D’s The Never Story below.

Dreamville’s newest signee, J.I.D, is set to make his mark with the release of his debut album, The Never Story, due out March 10.

The Atlanta rapper shared the cover art and tracklist for the project on Instagram yesterday (March 5) and revealed that label boss J. Cole is producing two of the tracks. Other production comes from Hollywood JB, Childish Major and The Imaginary Kids.

6LACK lends his vocals to “8701” and fellow Spillage Village members EarthGang appear on “D/vision,” which dropped as a SoundCloud single on Monday (March 6).

J.I.D shared the video for previously released single “Never” upon the announcement that he joined Dreamville, whose roster also includes Cozz, Bas, Omen and Ari Lennox.

This will be Dreamville’s first full-length release of 2017.

Check out J.I.D’s The Never Story cover art and tracklist below.