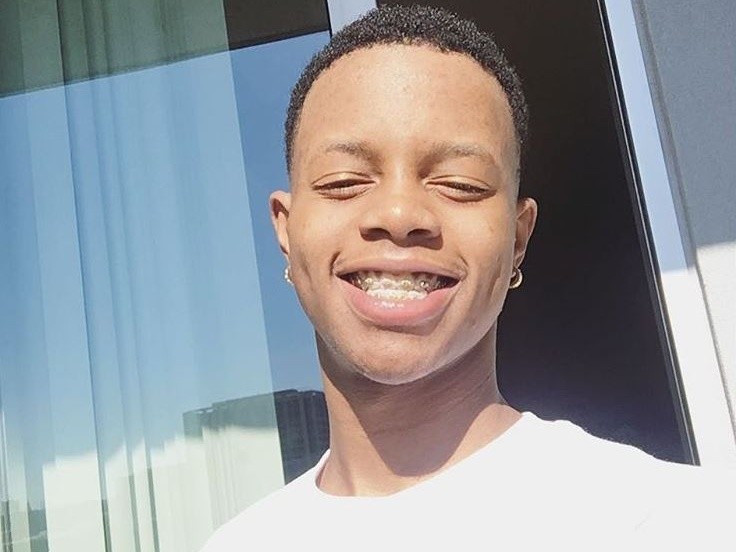 Silento Back In United States After Holdup In United Arab Emirates

Los Angeles, CA – Silento is back in the United States after being held in the United Arab Emirates because of some confusion with a promoter.

Speaking with TMZ at LAX, the “Watch Me (Whip/Nae Nae)” rapper explains that the case was dismissed because at 19 years old, he’s considered a minor in the Middle Eastern country.

“They tried to make a fake case on me saying that I took some money or I didn’t show up at a show,” he shares, “when the promoter didn’t follow through with the requirements for me to do a show.”

After explaining that the promoter, who was trying to say Silento was the one who skipped out on the shows, really didn’t pay for his hotel, flight or per diem, the teenager clears the air about why he was stuck in the United Arab Emirates.

“I was not detained, I did not give up my passport at all,” he says. “… I made some phone calls. Life is all about contacts. The lawyers, they was talking and they got everything together and I was clear to go in the next 48 hours.”

He says he paid the necessary legal fees and is now countersuing the promoter for other shows that he missed because of this case.

Silento, the teen rapper behind the 2015 hit, “Watch Me (Whip/Nae Nae),” will be spending more time in the United Arab Emirates than expected.

According to the NWI Times, after allegedly skipping out on two scheduled shows, Silento was ordered by a UAE court to pay $85,000 to local promoter Abdel Halim.

The promoter, who says the musician simply “didn’t show up,” is hoping to recoup his lost expenses, which include performance fees and travel costs.

Last week, as a result of the money owed, a travel ban was placed on the Atlanta rhymer, and a judge has ordered him to surrender his passport to the court until the matter is resolved.

Silento was reportedly scheduled to perform in both Al Ain and Abu Dhabi in mid-February, although a legal rep for the rapper says he “did not cancel any shows at all.”

To help with financial assistance, a GoFundMe was created by a Lithonia, Georgia-based user named Bandit’Kid Smilley yesterday (March 1) to bring Silento back to the States. The campaign aims to raise $100,000 for the rapper.

Although a number of Hip Hop artists have had no problems traveling to and from the United Arab Emirates for the occasional show/appearance, one musician, in particular, spent nearly two months in a Dubai jail during a trip to the plush city.

In 2014, DJ Esco spent 56 days in a Dubai jail after being caught with marijuana while at the Abu Dhabi airport. The deejay had been traveling with Future as part of his European tour.