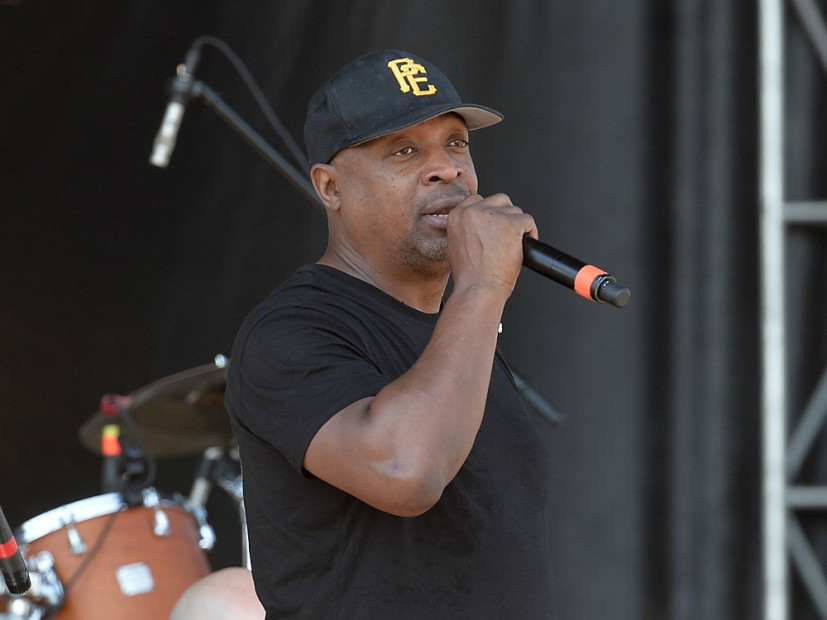 Chuck D knows a thing or two about sampling breakbeats from James Brown’s records. The Public Enemy frontman has much to say about the recent passing of Clyde Stubblefield, one of the iconic drummers of James Brown’s influential band The J.B.’s.

Stubblefield, ubiquitously known as “The Funky Drummer” due to Brown’s record of the same title — and one of the most sampled in music history — died at age 73 on February 18 from kidney failure. The Chattanooga, Tennessee-bred drummer’s work was heavily used by DJs as breakbeats during Hip Hop’s formative years during the 70s through the Golden Era of the mid-90s by artists including Public Enemy, N.W.A, RUN-DMC, Gangstarr, Beastie Boys, Wu-Tang Clan, LL Cool J, and countless other legendary rap acts.

“You can’t point to James Brown without somehow pointing something at Clyde Stubblefield, Bootsy [Collins], Maceo [Parker], and all the king’s men, so to speak,” Chuck said in an interview with HipHopDX about the primal importance of Stubblefield’s work. “Clyde is the one who made James even go to the next level, and he expressed that in those songs very clearly. He let the world know how much Clyde was the funk in his bone. I’m very blessed and honored to have conversations with the man.”

As a funk standard-bearer, popular breakbeats were crafted from Stubblefield’s work on Brown’s hits such as “I Got The Feelin” “Sex Machine,” “Say It Loud — I’m Black and I’m Proud,” “Cold Sweat,” “Get Up, Get Into it, Get Involved,” “Mother Popcorn” and “Ain’t It Funky Now.”

If you’ve ever heard Public Enemy’s great album It Takes a Nation of Millions To Hold Us Back or at least their biggest hit “Fight The Power,” then you’ve heard the funk flow from Stubblefield. Chuck further detailed Public Enemy’s use of Stubblefield work’s as a template for producing their own greatest songs and albums, and how several rap acts have since taken from Stubblefield’s guidelines for making Hip Hop beats.

“[Bomb Squad producer] Hank Shocklee was very adamant and said ‘Since Eric B. and Marley Marl were using aspects of James Brown, we could kind of use things to emulate James Brown and not just sample him. We could come up with the style of repetition, maybe holding the beat in one little area as opposed to a whole beat, or maybe going to the obscure part of the beat and holding that,’” Chuck explained.

He added, “As for the elements of the drums, it wasn’t always ‘Funky Drummer.’ Although, journalists always thought it was, but it wasn’t always ‘Funky Drummer.’ It was a style of repetition that was emulated as opposed to just the actual sound. You know, holding it there, and keeping steady with the vamp. Not trying to go off into different tangents and changes and arrangements. Just staying with the vamp until the vamp moves to another vamp. James Brown’s music was to hit you with the vamp and keep hitting you, staying with that vamp. And if any change was going to be there, it was to hit you with a comparative vamp, and then coming back to that vamp. Those are James Brown techniques that he wanted the band to do, and not drift off into jazz, so to speak.”

Chuck continued by explaining the importance of remembering consistency in Stubblefield’s legacy.

“For all of James Brown’s accomplished players, they could’ve taken it anywhere, just like The Funk Brothers,” he shared. “But it’s key for an orchestrator to keep it there, staying in that rhythm and keeping that time. They kept the rhythm That’s why Clyde Stubblefield and Jabo Starks were his most proficient drummers. I think the grooves of James Brown had Clyde in it subliminally. When he wanted to add a beat to that, Clyde’s funky drummer was the thing to add onto where Clyde was already at. People kind of doubled up on Clyde, which is kind of dope. [Public Enemy’s] ‘Bring The Noise’ is [Brown’s] ‘Give It Up, Turn It Loose’ backwards. As you’re chopping up the beat and the groove, you’re making them both work.”