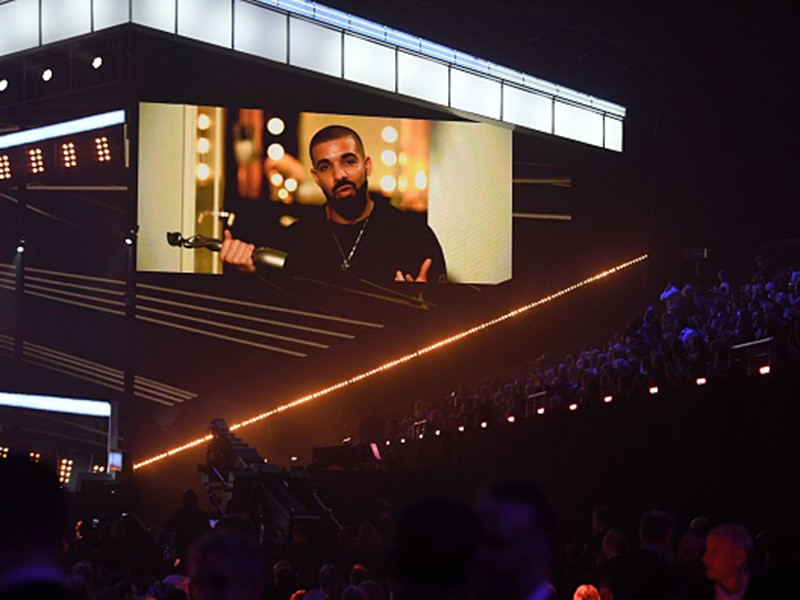 Drake might have lost to Chance The Rapper for Best Rap Album at last week’s Grammys, but he came up victorious at Wednesday night’s Brit Awards, snatching the Best International Male Solo artist accolade. He beat out stiff competition from Bruno Mars, Bon Iver and his fellow Canadians The Weeknd and the late Leonard Cohen.

A Tribe Called Quest also won the major honor of Best International Group for their return to the scene in 2016. They beat out popular acts such as Kings of Leon and Twenty One Pilots.

It was a disappointing night, however, for the UK’s biggest grime stars. Skepta and Stormzy had been both been nominated for British Breakthrough Act, but lost out to singer-songwriter Rag’n’Bone Man.

Stormzy can still say that he had a good night, utterly killing a duet with Ed Sheeran on the singer’s “Shape Of You.”

The same can’t be said for Drake’s buddy and collaborator Skepta, whose performance of “Shutdown” was heavily censored, making for a  disjointed audio experience for viewers at home.

Naturally, those watching took the Brits to task over their decision to mute much of Skepta’s biggest hit.

Our favourite lyric of Skepta's – "Shut Down" is "Audio Muted". Speaks to us on a spiritual level.#BRITs2017 #brits pic.twitter.com/fVV518syEC

My reaction to Skepta being bleeped out #BRITs2017 pic.twitter.com/bmZ64JE6Xu

#brits No point having Skepta on if you're gonna mute out half the song!!!! Ruined it for me!

Why bother getting Skepta to perform when you're just going to mute the whole thing. Wankers

The offending lyric that most people wanted to hear was “Ring, ring, pussy — it’s shutdown,” a lyric that refers to Skepta’s track “It Ain’t Safe.”

Well, that’s what a real shut down sounds like.

Here’s the track in its full glory.