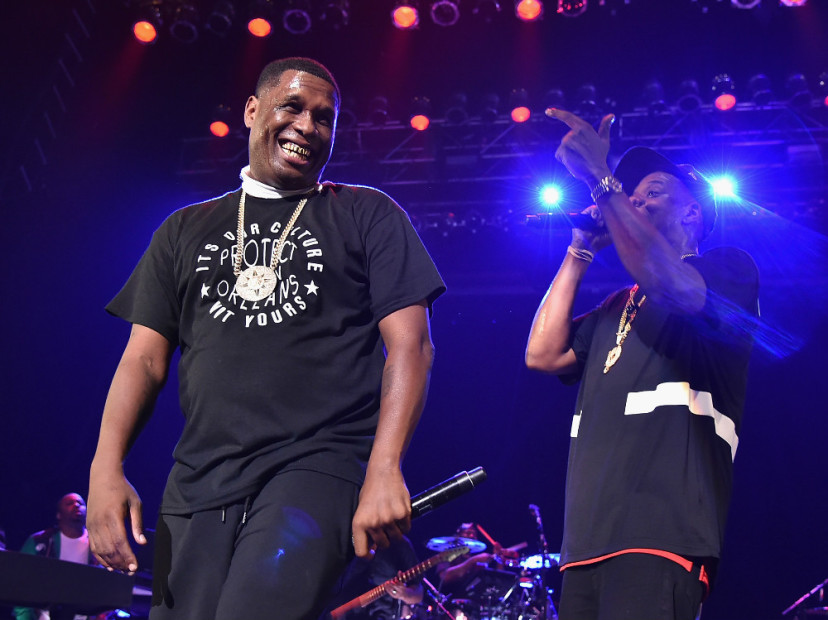 Jay Electronica and his elusive debut album have been the talk of Hip Hop ever since his signing with the Roc Nation imprint in 2010. During an NBA All-Star Weekend concert, Jay Z urged his signee to drop his long-awaited project for the masses.

Both Electronica and Jay Z  were all smiles when the New Orleans native called the Brooklyn mogul to the stage. “Ima fuck you up when we get outside,” said a laughing Hov. He addressed the crowd, prompting Electronica to tell the crowd that the Carters are “home team” after the purchase of a local church.

The crowd responded favorably to the appearance of Jay and a touching moment between the two occurred when Electronica stated that he loved his label boss, with Jay’s arm remaining around the rapper’s shoulders. Just as he was walking away, Jigga could be heard saying to Electronica, “let’s put this album out,” which drew loud applause.

Electronica liberated a song, “better in tune with the infinite” that is reportedly from the Act II: Patents of Nobility (The Turn) studio album. He released his first official mixtape Act I: Eternal Sunshine (The Pledge) in the summer of 2007.