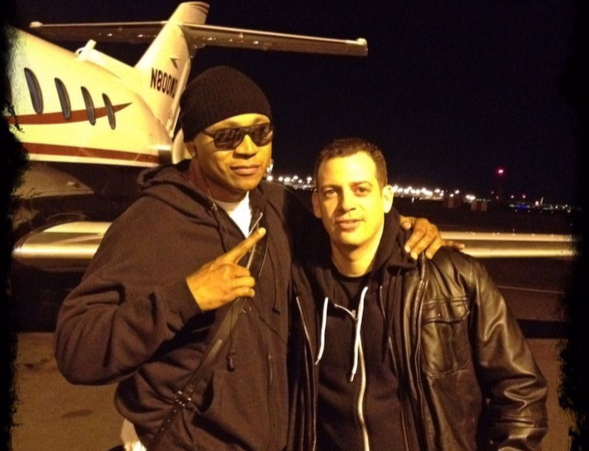 LL Cool J & Dr. Dre Have A Slew Of Songs In The Vault

Los Angeles, CA – When it comes to Hip Hop live shows, few MCs exude more energy than the man ladies have loved for three decades. So for DJ Z-Trip, high energy and innovative mixes are a must when serving as LL Cool J’s DJ, which he has many times over the past few years. Near the top of 2016, it was revealed that for the first time since 1998, LL was working with legendary producer Dr. Dre. Z-Trip revealed that Uncle L let him check out some of the new music and he only had one thing to say about what he heard.

“It’s fucking dope man! It’s dope,” Z-Trip exclaimed to HipHopDX. “He played me like five or six things and he’s like ‘Man, we got eight or nine other things.’ I think what they do is they just sit down and bang out however many tracks they make and at the end of that whole process they’ll probably gonna figure out which ones are the best ones. That’s the thing a lot of people don’t know and I figured this out after working with him for so long: His work ethic is crazy and obviously he’s doing all the TV shows coupled with the music but when he sits down to make tracks, he is so fast in the studio that you could probably bang out two or three tracks in a couple hours. He writes fast, he delivers fast. The guy doesn’t do much more than one or two takes and some overdubs and it’s done, so those guys probably have plenty more tracks I haven’t heard yet but the ones he did play for me are killer. I can’t wait for people to hear this incarnation of LL with Dre behind him.”

Z-Trip, whose real name is Zach Sciacca, first met LL when the two were paired together for the 2011 SXSW Red Bull Thre3style stage and Z-Trip pulled off a stunt that would shock the legendary wordsmith in the best way possible.

“The way we actually linked up was, somebody had reached out to he and I to do a TV show and they wanted me to DJ and him to host,” recalled Z-Trip to HipHopDX. “The show ended up not happening but my manager pitched him coming to do a guest spot on my headlining set at SXSW Red Bull Stage. Basically, he agreed to do one song: ‘Mama Said Knock You Out’ — that was it. And I was like what’s gonna happen when I get out there and I bring LL out? Everyone’s gonna flip if we just do one song. He’s like “We gotta do ‘I Need Love’ and we gotta do ‘Rock The Bells.’ If we don’t do those three we kinda suck right?”

Z-Trip continued: “He agreed to do the one tune and we were gonna rehearse the next day. So the night before I was looking around, cause I know ‘Rock The Bells’ doesn’t exist as an instrumental. Every time I saw him perform for the last 20 years, he’s rapping over his own vocal tracks. What that comes from is back in the day, nobody probably thought Hip Hop was gonna be as big as it is, so you had one reel-to-reel tape, you recorded the vocals, you sent it off to mastering and then you recorded another thing. So no one was really saving copies of instrumentals,” he noted. So that became a hit and he’s been rapping over his own track cause that’s all he’s got so the night before I was thinking ‘What is ‘Rock The Bells’ really?’ It’s a Trouble Funk sample, it’s an AC/DC Guitar stab, it’s like these other pits. I have all that — an 808, I have an 808 — So I sat down and basically redid ‘Rock The Bells.’ It took me about six hours and I didn’t tell him.”

“We went into rehearsal the next day. My first time rehearsing with him, did ‘Mama Said Knock You Out’ about three or four times. He said ‘Cool, we’re good,’ and I was like ‘Well, we got another hour here. How about we do ‘Rock The Bells.’” He said ‘Sure let’s do it.’ So we launch into it and he goes to rap his first lyrics ‘You’ve been waitin’ and debatin’ for oh so long,’ and looks around and is hearing this track without his vocals for the first time in probably 20-something years,” Z-Trip says with a laugh. “He finishes his verse, he gets to the chorus and he looks back at me with the mic in his hand like ‘Where’d you get this?’ And I’m scratching and was like ‘I made it.’ So he went into the next verse. We did the whole song like 8 times, he’s dripping sweat because he was just so hyped to hear that track in that capacity. Once he saw that he was like ‘What else you got in that computer?’ and we sort of developed that relationship ‘cause he saw my work ethic right out of the box and I obviously know his. We wound up putting together a really interesting set, it went really well and we got off stage that day and we were like ‘We should do more stuff, cause this fits,’ so we did a couple more showcases and shows, and that turned into a couple more tours and here we are.”