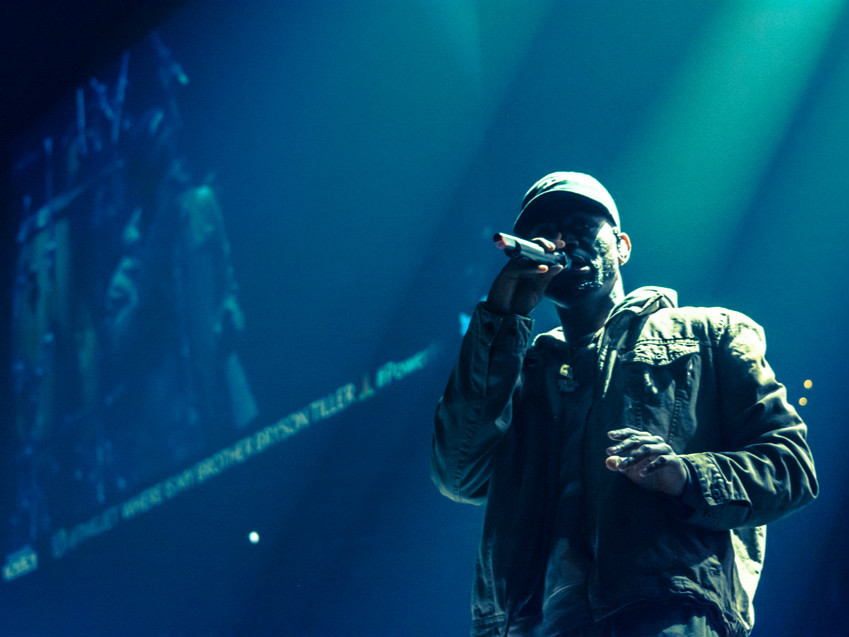 Feel free to eat all the chocolate in your True To Self advent calendar today, because the album has arrived four weeks ahead of its scheduled June 23 release.

Tiller posted the stream on Twitter, telling his fans, “i know we said June 23rd… but i say we Set it Off Tonight!!”

i know we said June 23rd… but i say we Set it Off Tonight!! ALBUM OUT NOW @AppleMusic https://t.co/ATyCIQ5Oph

The 19-song sophomore album clocks in at 58 minutes and follows up his platinum-selling debut, T R A P S O U L.

Listen to the full stream below and scroll down for the album art and tracklist.

[This article has been updated. The following was published May 23, 2017.]

Bryson Tiller has provided an update on his sophomore album True to Self. The T R A P S O U L singer unveiled the tracklist for the highly anticipated LP, which is scheduled to drop on June 23.

The True to Self tracklist features 19 songs with no guest appearances. “Somethin Tells Me,” one of the three tracks Tiller dropped earlier this month, is slated for the album. “Honey” and the Young Thug-assisted “Get Mine” are not included on the project.

Pre-order True to Self on iTunes and Amazon. Check out the official tracklist below.

Bryson Tiller is ready to follow-up his monstrously successful T R A P S O U L with an album called True to Self.

The 24-year-old rising star shared the news on Twitter and promised his fans he’s not resting until it’s completed.

im working on this album called True to Self, non-stop until it's finished. then it's yours.

Tiller took the R&B scene by storm with the release of T R A P S O U L in the fall of 2015. The project reached the #8 position on the Billboard 200 chart and produced the Grammy-nominated “Exchange” single. The song peaked at #26 on the Hot 100 list. And of course the megahit “Don’t” was also part of the album and charted as high as #13.

The crooner caught the attention of Drake, who offered to sign him to OVO Sound, a deal that the Kentucky artist decided to pass on. But Tiller and Drizzy remained in contact and reportedly have a collaboration on the way.