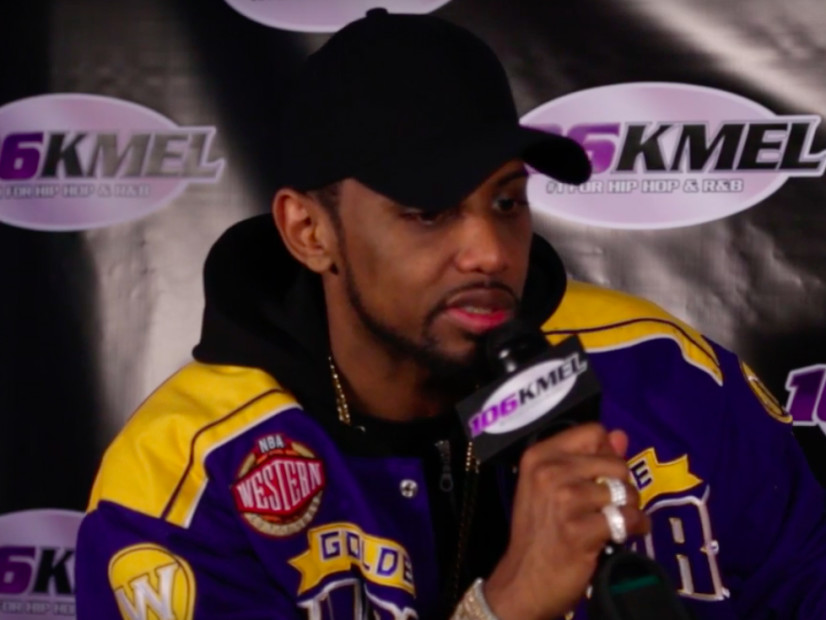 Oakland, CA – With the new year right around the corner, artists are announcing their musical agendas for 2017 left and right. Despite his tradition of releasing projects around Christmas time, things are going to be a little different this holiday for Fabolous. The New York rapper has just revealed he is instead planning on dropping two new projects next year during an interview with Power 106 KMEL’s Big Von, who met up with the Brooklyn MC after his performance at the Hip Hop Holiday Concert of Soul 2016 in Oakland.

“I got some things that I’m cooking, but what I’m really having right now is a sample fight,” Fabolous explained in the interview. “It’s getting harder to clear samples.”

In February, Fabolous announced a collaborative project with Jadakiss titled Freddy Vs. Jason and launched a preview of what that would look like when they were featured together on a remix of Future’s “Wicked.” They also teamed up for “The Hope” from Fab’s Soul Tape 3. However, according to Fabolous, it sounds like there’s more to come in the next few weeks.

Whatever Fabolous has up his sleeve, there is no doubt something on the way in the very near future. In the meantime, check out the 12-minute interview above.