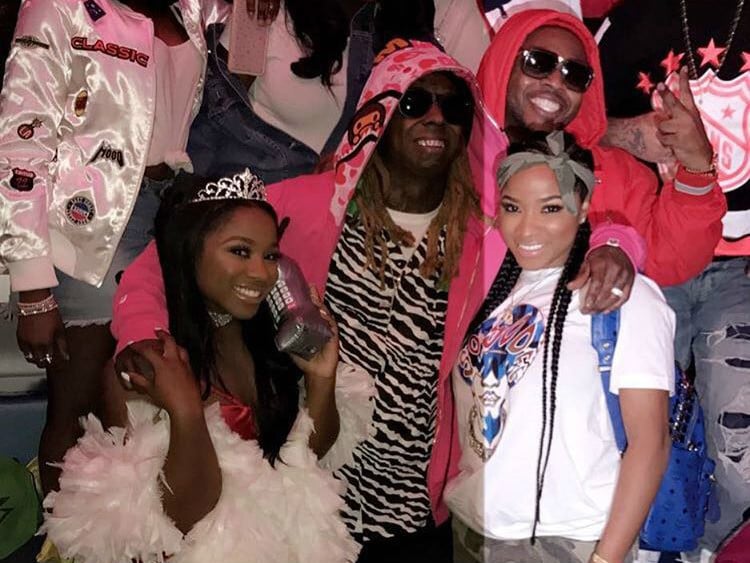 The ’90s-themed party was to honor “The Fresh Princess” and Reginae’s parents were all smiles as they posed for a picture at the event.

Toya’s friends, including Kandi Burruss, Rasheeda and T.I.’s wife Tiny, who mentored Reginae when she was a member of the OMG Girlz, came to support as well.

Reginae looked pretty in pink as she officially became an adult.

She then rocked a Tommy Hilfiger getup to go with the ’90s theme.

In other family affairs, Toya wished Wayne a happy birthday this year, calling him her “Day 1.”

Then Reginae defended her father after he made headlines for distancing himself from the Black Lives Matter movement and T.I. called him out.