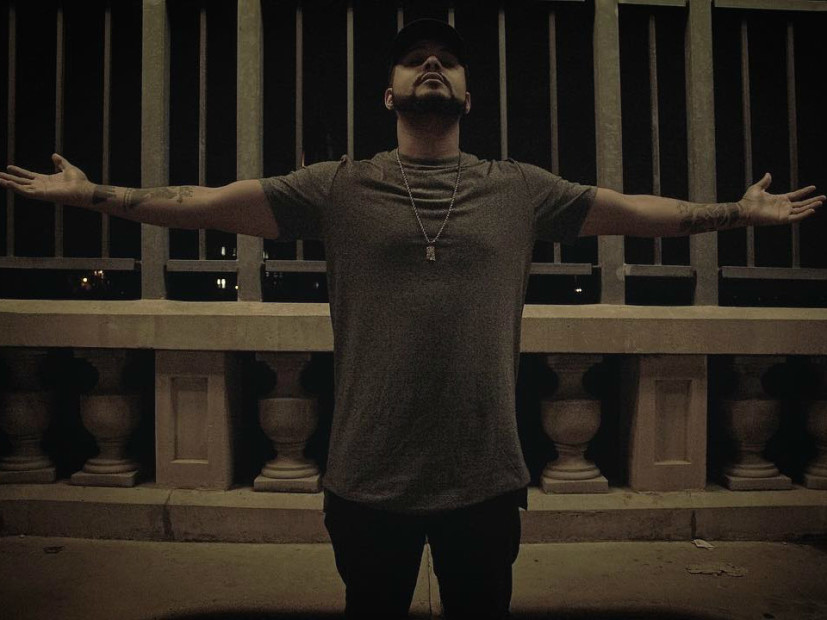 Curtiss King released his Jubilee Year EP today (December 2). The Inland Empire rapper teamed up with producer Oh Gosh Leotus for the seven-track project. The independent artist previously released videos for the introspective title track and the comedic “King Me.”

King was inspired by the biblical narrative calling for a year of redemption that he’s seen play out in his own life with Jubilee Year already seeing success on the iTunes charts.

“Every 50 years people around the world celebrate the Year Of Jubilee,” he explains to HipHopDX. “It’s a story from the Bible in the book of Leviticus that talks about the power of losing your freedom and property and gaining it back in 50 years. Only issue is, you have to travel through enemy territory to reclaim what’s yours. 2016 is the 50th year and it has been tumultuous for a lot of us for a reason. It’s the Year Of Jubilee. Forgive those that you have conflict with and your freedom and possessions will be returned. Me going from living on a friend’s couch to years later waking up in my own house and being #4 on iTunes is the proof. This is the result of when a rapper unconventionally gives back his knowledge and experience to other rappers and producers for a year. They took care of me on this release.”

King, whose Raging Waters project was named one of HipHopDX’s Top 25 Albums of 2015, also explains why he got Oh Gosh Leotus behind the boards instead of handling the production himself. King has a production credit on Ab-Soul’s These Days… and did a collaborative project with Murs called Shut Your Trap.

“Oh Gosh Leotus earned his way to making me sit down as a producer on this project,” he shares. “Hands down he is a better producer than me. His willingness to experiment and just take a chance on my crazy ideas is what led to us creating this project. He’s a genius in the making.”

Curtiss King’s Jubilee Year EP stream is above and the cover art and tracklist are below.