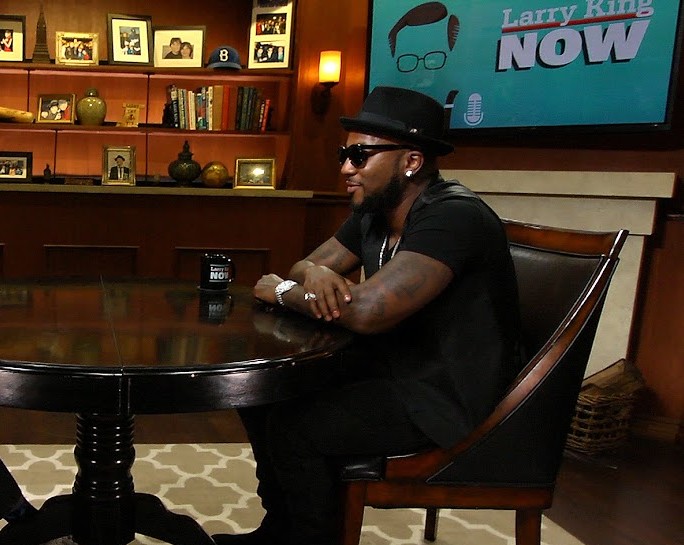 Jeezy Explores Idea Of Homophobia In Rap: "Hip Hop Is About Being Tough"

Jeezy sat down with Larry King on the Emmy-nominated series Larry King Now to discuss the release of his new album Trap or Die 3 and addressed the sensitive topic of homophobia in Hip Hop.

When asked why there hasn’t been a successful openly gay rap artist, the Atlanta rap star, born Jay Jenkins, thinks it’s because for the longest, the two ideas didn’t correlate with each other.

“I guess culture-wise it just doesn’t match with it, what Hip Hop represents,” Jeezy says. “You know, Hip Hop is about being tough and just really being dominant and just being individual with it.”

The notion that Hip Hop is bred in masculinity and heterosexual males has certainly been challenged in 2016 with news of one of Hip Hop’s founding fathers, Afrika Bambaataa, being accused of molesting underage boys.

Gender fluidity brought in by the new wave of rappers such as Young Thug who unapologetically express themselves as “carefree black boys” and the acceptance of Brooklyn-bred rapper Young M.A as a lesbian rapper has mostly gone without much protest. Her breakout song “OOOUUU” hit #3 on the Billboard Hot Rap Songs chart.

The “Goldmine” rapper also discussed Black Lives Matter and what kind of job President Barack Obama has done during his eight-year tenure as commander-in-chief. While The Snowman believes Obama has done all that he could while in office, it’s glaringly obvious that race relations in the U.S. have taken a turn for the worst.

“It’s almost like nobody cares for no black men or black lives, and it’s just like you’ve gotta put that statement,” he says.