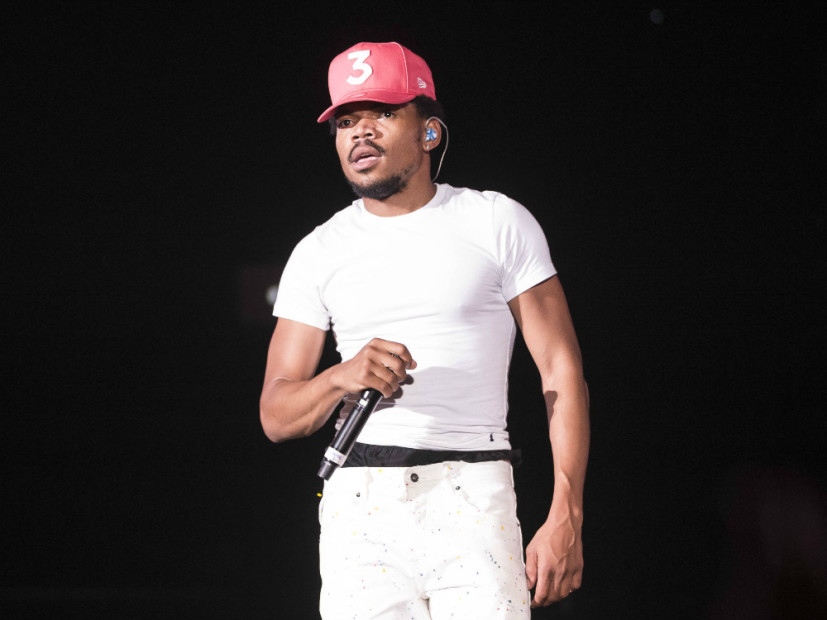 Chance The Rapper has made no secret of his political affiliation this election season, performing at a Hillary Clinton event last week. The former Secretary of State is set to face off against fellow Presidential hopeful Donald Trump in the polls today (November 8).

The Chicago native took it upon himself to hold his own show on Monday night encouraging people to get out and vote in what he heralded was a non-partisan celebration of democracy. After performing at the Petrillo Music Shell in Grant Park, Chance led what appeared to be thousands of voters to the polls in Chicago.

Social media was buzzing with updates from the #paradetothepolls hashtag, and it truly seemed as though Chance managed to mobilize serious numbers.

Chance the Rapper leads hundreds of young voters to long early voting lines downtown so they can cast their ballots: https://t.co/rhnWdcFV6W pic.twitter.com/kURCV0peYr

While it’s hard to tell just how many faces were in the crowd, Chance tweeted ABC 7 Chicago when they claimed he was leading “hundreds of young voters to long early voting lines downtown.” Chance simply quoted the tweet with the one-word correction, “thousands.”

Chance led the parade, which was partly organized by Black Youth Project 100, whom Chance thanked on Twitter.

Who keeps us safe? We keep us safe. Thanks to everyone who joined the #paradetothepolls in Chicago!

Many of those involved shared video footage of the amazing event to Twitter:

Today in #Chicago, history was made. @Chancetherapper paraded thousands to the voting polls pre-coursed with a free concert. cc @BYP_100 pic.twitter.com/w2PtBgAi69

Another clip from tonight's #paradetothepolls w/ @chancetherapper bringing thousands out to cast their vote. pic.twitter.com/9UNrYmzcSF

Felt crazy to be part of this. @chancetherapper #paradetothepolls #Election2016 pic.twitter.com/WASY7Zp0uf

Election Day is today (November 8) where voters across the country will select their president as well as vote on important issues such as marijuana legalization and the death penalty.