Dumbfoundead Keeps Momentum High With "We Might Die" Mixtape 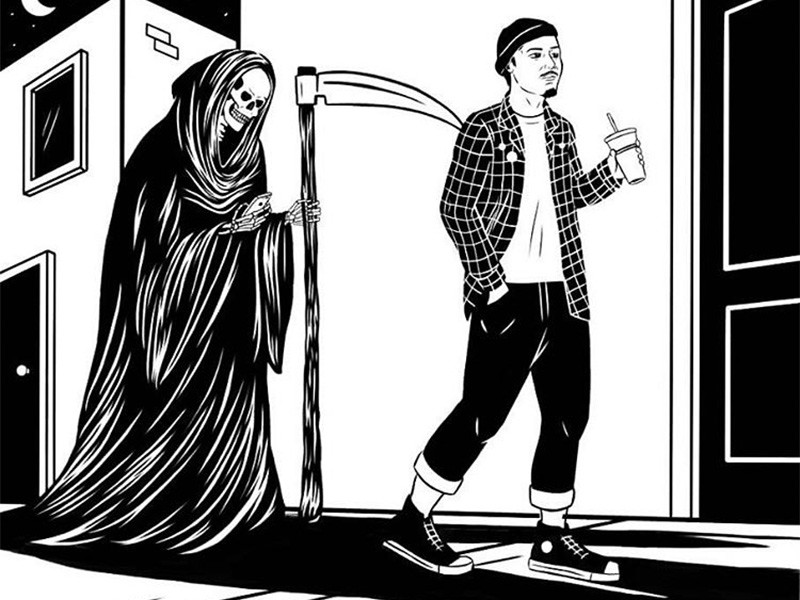 Dumbfoundead has released his We Might Die mixtape as he seeks to continue breaking boundaries in his artistry.

The battle rapper’s project is made up of 10 tracks, including “Cochino” with Too $hort and his wildly popular single “Harambe.”

The Los Angeles artist appeared on the last season of 50 Cent’s Power and continues to build a name for himself.

Dumbfoundead’s We Might Die mixtape stream, cover art and tracklist are below.

(This article was first published November 3, 2016 and is as follows.)

A common complaint among battle rappers trying to transition to the world of music is that nobody will give their albums the same attention they give their battles.

Dumbfoundead, however, simply forced people to sit up and take notice over the past four years.

The LA rapper, who initially made his name battling on written rap battle leagues like Grind Time Now and King Of The Dot, has won a lot of plaudits for his music, which goes some way to explaining the hype around his next project, We Might Die.

Giving his fans a glimpse of the album’s cover art, Dumbfoundead wrote “Yo thanks for being patient, my new tape ‘WE MIGHT DIE’ drops for FREE on Nov.10th but you still support by pre-ordering signed CDs and Merch NOW!”

Yo thanks for being patient, my new tape 'WE MIGHT DIE' drops for FREE on Nov.10th but you still support by pre-ordering signed CDs and Merch NOW! (LINK IN BIO) dumbfoundead.com/store #WEMIGHTDIE cover art by: @stellarleuna

In 2016, Dumbfoundead has regularly racked up more than one million views on several of the tracks he’s recorded and released on his own independent YouTube channel.

So far, “Harambe” is the only track released from the upcoming mixtape, but it’s a certified banger and has reached over one million views on YouTube since mid-August.

The project’s release comes hot on the heels of an impressive period of attention for Dumb, who also stirred up a lot of discussion when he released his single “Safe” back in may alongside a video that took a stand against Hollywood white-washing.

It’s been a big year for Dumbfoundead, and if We Might Die takes off the way he hopes, 2017 could be his biggest year yet.