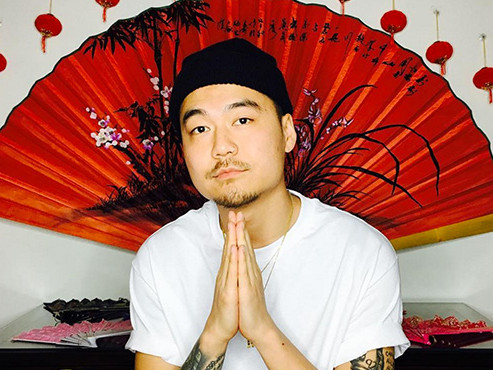 In the video for his recent single, “SAFE,” Los Angeles rapper Dumbfoundead superimposed himself into iconic scenes from film and television as a commentary on the white-washing of Hollywood roles. He raps the lyrics to the track while teleported into “Game Of Thrones,” “The Brady Bunch,” “Full House” and much more.

Now he’s appearing on TV for real, in the 50 Cent-executive produced series “Power” that airs on Starz. Season 3 of the program premiered Sunday night (July 17) and the show is scheduled for 10 episodes.

Dumfoundead, who acts under the name Jonathan Park, plays Dylan Shin and is said to appear in [SPOILER ALERT?] the first four episodes of the third season, according to his IMDB credits.

The trailer for the third season shows a brief shot of him readying a knife to cut off his own finger.

Check out some tweets from Dumb, and a clip of him in the show.

Peep the premiere of @Power_STARZ I'm in it! Yeeee!

Yo @dumbfoundead is that you I just seen in the season 3 premier of @Power_STARZ ?? If not then its your twin. pic.twitter.com/LhcH7CUhKr

And here’s the video for “SAFE.”