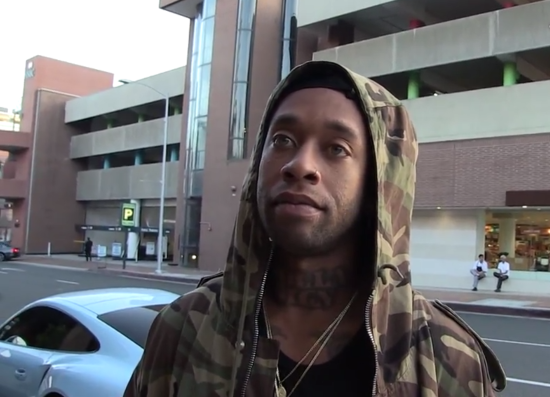 Although 2014 was the first year Ty$ (real name Tyrone William Griffin Jr.) starting releasing retail product (his platinum-selling single “Paranoid” was released a few months prior in September 2013), he didn’t have an accountant properly pay out the taxes of his earnings.

The pay to the IRS will likely be a painful yet easy transaction as Ty’s stock is continuously on the rise. In a recent interview with HipHopDX, the 31-year-old crooner expressed how his good fortune has allowed him to keep churning out hit records at his own pace.

“God is great. It’s not me. I’m blessed, lucky and I definitely practiced to get here,” he exclaimed to Senior Features Writer Ural Garrett. “It feels good and I appreciate all the love from everybody. My new project Campaign is about to drop and everybody has on the shirts so I appreciate that. It’s all love and support around here because that’s all I do. What you give out is what comes back.”

Campaign is currently available on iTunes, which will obviously keep the tour bus gassed up in lieu of Uncle Sam’s inevitable wage garnishment pursuit.