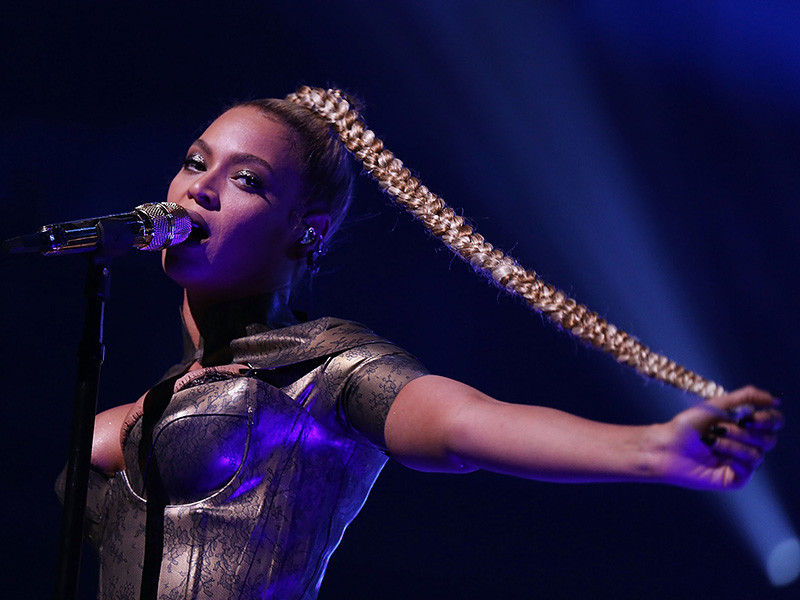 New York, NY – During yesterday (October 15) evening’s Tidal X: 1015 charity concert at the Barclays Center in Brooklyn, New York, Beyonce sustained a minor injury to her ear that caused it to bleed, apparently when one of her earrings got ripped out mid-performance.

A video shows Queen Bey noticing the blood dripping down her ear as she sang “Haunted” off her 2013 self-titled album, Beyonce.

Moment in what Beyoncé realized that her ear was bleeding. #TIDALX1015 pic.twitter.com/DxDG8PynAL

Never one to be deterred by a little plasma, the H-Town superstar continued on with her performance.

Proceeds from the Tidal X: 1015 charity concert, hosted by Bey and her husband Jay Z, went to the Robin Hood Foundation “to raise awareness, and funds in order to create positive social impact focusing on education initiatives around the world.”