Jidenna On Debut Album Delay: "It's Just A Matter Of Pulling The Trigger" 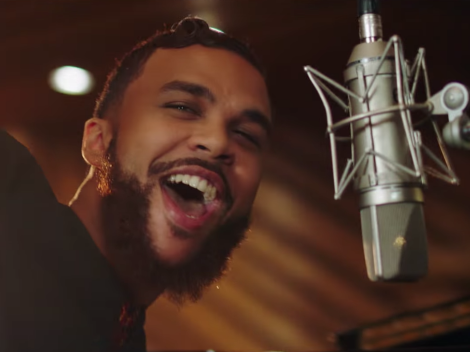 New York City, NY – Around this time last year, Jidenna was definitely burning through the hood “like whoa,” riding high on the tailor-made suit coattails of his eventual platinum record “Classic Man.” It had been a while since Hip Hop had bore witness to an artist able to finesse both sides of black empowerment and airtight pop melodies and the part-time Cotton Clubber, full-time Nigerian/edutaining lyricist indelibly made his mark on the game with just one single (and that was before Kendrick “Cornrow Kenny” Lamar’s involvement on the remix).

Couple that in with the fantastically relevant “Long Live the Chief,” and an outward appearance that was directly influencing pop culture, Jidenna, now 31-years-young, was poised to make a splash with his debut album, also titled Long Live the Chief.

And then, there was nothing on the release front, for what was supposed to be his debut via Epic and Wondaland Records, the latter being the motherland for the ever-talented Janelle Monáe. Thankfully, Jidenna’s stage presence and live show continued to flourish as his album delay plodded on, and his talent quickly caught the eyes of the creatives at Pepsi.

For their newly launched music platform, The Sound Drop, in partnership with iHeart Radio, Shazam and Viacom, The Classic Man himself was nabbed alongside other risings such as Alessia Cara and Lukas Graham to give concertgoers of all walks of life a memorable experience. While speaking to HipHopDX about the new initiative, Jidenna promised that his album was fermenting for potency and is still around the corner.

“It’s all done, it’s all good to go,” he said. “It’s just a matter of pulling the trigger. I won’t give a date but we have one eternally.”

“Contrary to what people think, I’m not always a perfectionist on everything. If it got the magic and it got the heat, I’ll leave it alone. But now that the seasons have changed, who knows, I might go in there and substitute a couple tracks but I’m excited and it’s a good look that Pepsi has been working with us to amplify [the movement] whether it was at the VMAs or just being able to share the story through little vignettes or anecdotes.”

Storygram: The digital platform gives fans an in-depth look into the inspiration behind his music and artistry as a whole, with more available at Pepsi.com.

The timing of his Pepsi Sound Drop placement couldn’t have been better to remind fans that his full-length LP will be arriving before all the leaves fall from the trees. As was his recent appearance in Netflix’s highly acclaimed Marvel series, Luke Cage, where he was spotted performing the aforementioned title track. It was a look that Jidenna hints will forever shape the course of his career.

“I’ve never acted or anything like that and I’m acting now because I went to school with a brilliant woman who I used to do music for her productions back in college,” he states. As for the black superhero spotlight, Jidenna says he couldn’t be more proud of Luke Cage executive producer/showrunner Cheo Hodari Coker’s portrayal of Harlem NYC, which is not too far from his old residence.

“What I was most excited about is how it deals with his issues that are very current and having lived in New York for awhile — I was in Brooklyn — but I can tell you a lot about Harlem and how particularly the issues were expressed was great. I thought the soundtrack and score was unbelievable; every episode and it was very tasteful not just for the Marvel world but a black world also. It was a Marvelous production!”

With the Pepsi Sound Drop opening its doors to its newest hospitality venue, Kola House, in NYC’s Meatpacking District in September, expect to hear much more from Jidenna as 2016 fades to black. The future is bright and he explains the major keys to his success were always developing relationships and making sure the bond was tight.

He closes, “What I tell the kids: Jidenna’s for the kids! Wu-Tang’s for the kids!” he says with a laugh. “But nah, what I do tell them is, a lot of these things I do get, is because of my connections from being in school … from partying with the next muthafucka who was running this next billion dollar business or is going to be the head of ‘this’ company. Or is going to put me in Luke Cage or HBO’s Insecure.”

That’s what being “classic” is all about.