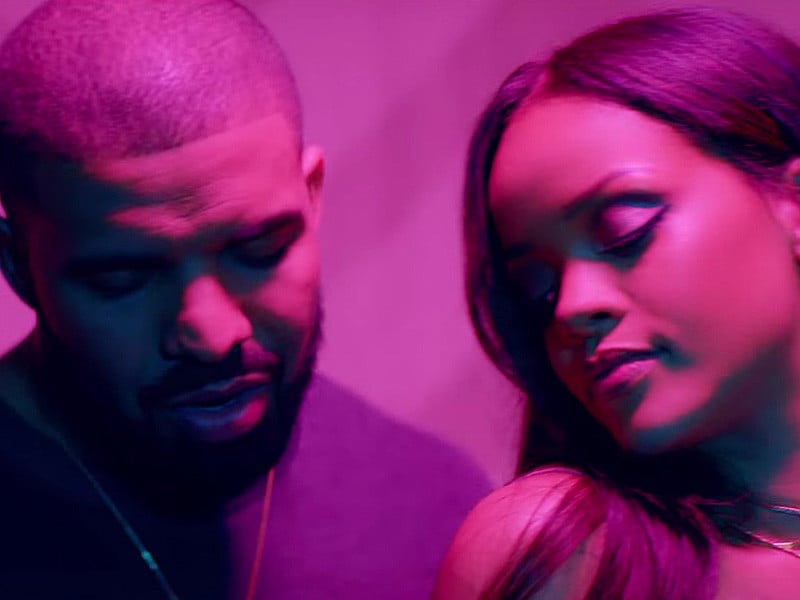 Well, at least this gives us a pretty good idea of what Drake’s next album is going to be about.

Reports have emerged that one of Hip Hop’s best-known super-couples is no more. Drake and Rihanna have reportedly split and the Toronto star has been spotted with model India Love.

A source close to the pair told E! News that Drake and Rihanna have decided to take a step back from one another and see other people in what sounds like a rather painless break-up: “Rihanna and Drake are seeing other people at the moment. They are not exclusive anymore. They still love each other, but their schedules have gotten in the way.”

But it doesn’t sound exactly like this is definitely the end of the line for the pair, who have known each other for seven years and recently collaborated on hits “Work” and “Too Good,” with the source continuing, “Anything can change between them though, for better or worse. They are still in each other’s lives.”

Drake announced on Monday morning that he intends to spend the first two months of 2017 touring Europe. Rihanna, on the other hand, toured Europe earlier this year.

It’s not entirely clear how long Drake and Riri had been together — rumors have circulated about the pair since they first collaborated on “Take Care” and “What’s My Name” — but they seemed to be pretty openly together throughout the summer, with Drake even publicly confessing his love for Rihanna at the MTV VMAs.

E! has also reported another crazy twist to the story, suggesting that India Love’s last ex-boyfriend Cliff Dixon cheated on her with Rihanna, and that her new hook-up with Drizzy is nothing more than petty revenge.

Rihanna also posted a meme to her Instagram over the weekend directed at her exes, placing the blame squarely on their shoulders for why things didn’t work out.

We’re pretty much in the dark on that one right now, but we’re pretty sure the details will all come down when these guys have new music to make.