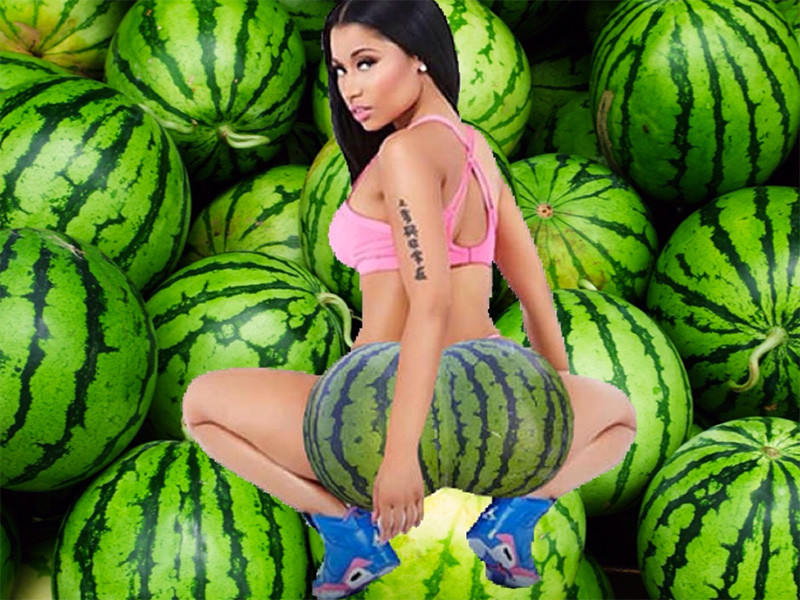 Nicki Minaj had a laugh at the expense of her more gullible fans Saturday night (October 8), announcing on Twitter a surprise album called Pick My Fruit Out that was meant to drop at midnight.

Ok u know what I wasn't gonna say anything but damn ya got it out of me. The album drops at midnight. ?? it's called #PickMyFruitOut

She even released a full tracklist for it that probably should’ve tipped off fans that she wasn’t entirely serious.

The one I'm most excited about, however, is track #10. It's called Nigga toss my fruit salad and it features my favorite rapper of all time

It’s been nearly two years since Minaj dropped her hit album The Pinkprint and has had a relatively quiet 2016 musically, aside from some big features on the remix to Yo Gotti’s “Down In The DM” and Ariana Grande’s “Side To Side,” both of which cracked the Top 20 of Billboard’s Hot 100 singles chart. Most recently she hopped on a remix of Young M.A’s “OOOUUU” for “The Pinkprint Freestyle,” and showed off her assets in the video for DJ Khaled’s “Do You Mind.” She also appeared in the film Barbershop: The Next Cut, but in a smaller role.

Devoted fans are fiending for a new project from her, to the point that some of them are willing to believe she’d drop a concept album all about fruit.

WAIT is nicki actually gon drop #PickMyFruitOut or is she playing cos y'all saying she ain't pic.twitter.com/McMJuRgkOF

ok but what if she does put an album out called #PickMyFruitOut and it's like a collab with Michelle Obama to promote healthy living?????

*kisses u* love u back. All of u. Love you sooooooo fkn much. I been cryin laughin this whole time, btw… Good stuff #PickMyFruitOut ?????? https://t.co/Q5WEmUfAdi

Fans who’d been waiting reacted with gifs expressing their dismay.

Me after reading the track list for #PickMyFruitOut and realising it's all a joke! @NICKIMINAJ you played us ??? pic.twitter.com/i23rQSy4eb

I know she was joking but still, I'm waiting #PickMyFruitOut pic.twitter.com/Rtnr3zD1Ha