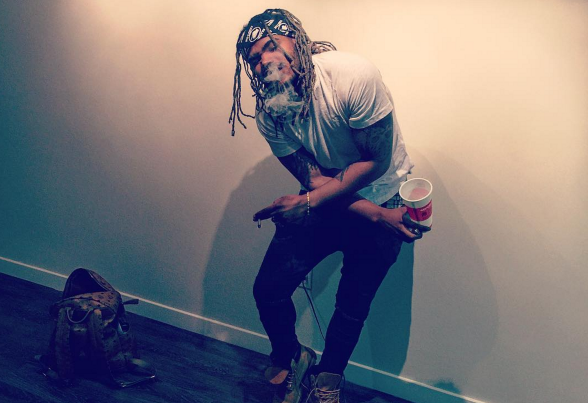 Los Angeles, CA – Comparing yourself to Michael Jackson in any statistical category could be largely considered a faux pas in any instance and, at the very least, an extremely bold statement.

Nonetheless, Master P has been shaping his new crop of No Limit soldiers to fear nothing on the industry battlefield and MoeRoy — by way of D.C., Lousiana and Los Angeles — is using his multicultural background and the talents he’s obtained from his travels to proclaim himself to be the Trap Michael Jackson.

During a recent visit to DXHQ, the Colonel of the No Limit tank expressed how he felt MoeRoy earned such a prestigious title to be measured up to the late King of Pop’s likeness.

“If they’re comparing [MoeRoy] to Fetty Wap and Future … these are stars, that’s a good start,” P says of the No Limit Boys’ comparisons. “Everybody starts somewhere. I think it’s a good thing.”

Trap Michael Jackson features in-house production from BlaqNmilD and JSlugg as well as two duets with Snootie Wild, Cymphonique Miller, Ace B and Master P himself.

Stream the 21-track affair down below.