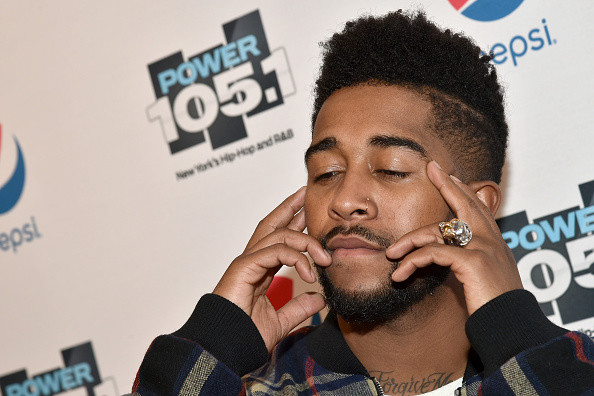 Los Angeles, CA – Robin Thicke and Pharrell’s lawsuit with Marvin Gaye’s estate for copying a feeling will undoubtedly remain on top of the most bizarre music legal conflicts for a long time but Omarion’s latest subpoena isn’t anything easily rationalized all the same.

His biggest hit to date, 2014’s “Post to Be” a.k.a. the song that put “booty eating like groceries” on half the female population’s wish list, is subject to a new lawsuit brought forth by BMG Rights Management.

According to the legal documents obtained by the Jasmine Brand, well-respected singer-songwriter/producer Jon Redwine p.k.a. Redwine (Jeremih, Tinashe, G-Eazy, Ludacris, etc.) assigned 50 percent of the rights to Chris Brown’s 2014 hit, “Came to Do” (featuring Akon) to BMG. Late in the year, Omarion recruited Brown, Jhené Aiko and DJ Mustard to release his platinum-selling collaboration, which peaked at No. 1 on the Billboard US Rhythmic.

Now BMG is not only demanding upwards of $300,000 in damages says the newly filed suit, which also names Atlantic Records as a defendant, they’re pushing an injunction so that Omarion can no longer eat off the song, groceries and all.

The kicker is “Came to Do” was created by Bay Area producer Nic Nac, who has been said to resemble Mustard’s sound to the point only a production credit can separate the two. Not to throw anyone into the lion’s den but if companies are out here filing lawsuits for songs that sound like ’14 Mustard-on-the-beat-hoes, then almost no artist who was played on the radio that year is safe.

Omarion is currently out in South Africa as part of the ARTIIFACT Tour and there’s probably a slim-to-yeah-right chance he won’t be performing “Post to Be.”

Listen to both records for reference down below.