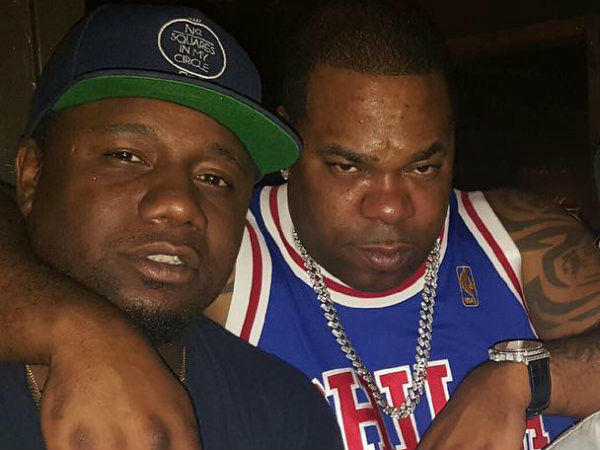 Busta Rhymes announced on Noreaga’s “Drink Champs” podcast that he has officially signed Murda Mook to his Conglomerate record label.

“Congratulations to Murda Mook for becoming part of this ever-growing and ever-expanding and evolving Conglomerate fucking family,” he says. “It is an honor to say that what we are getting ready to display with this muthafucka is going to put a lot of shit in perspective for those who like to say he is a battle rap nigga.”

Murda Mook will be joining the Conglomerate’s roster of “Cut It” rapper O.T. Genasis, J-Doe, N.O.R.E. and Nikki Grier.

Mook and Busta have been rocking with each other for a long time — Busta featured on the battle rapper’s 2014 single “I Ain’t One Of Them Niggaz” after his Total Slaughter win over Loaded Lux that same year.

First rising to prominence in the SMACK DVD era, the Harlem battle MC became one of the culture’s most well-known names and was at one point signed to Ruff Ryders. He hasn’t battled since July 2014, instead focusing on making moves for his music career and holding out for a huge match-up.

Listen to Busta Rhymes make the announcement on Noreaga’s “Drink Champs” below.