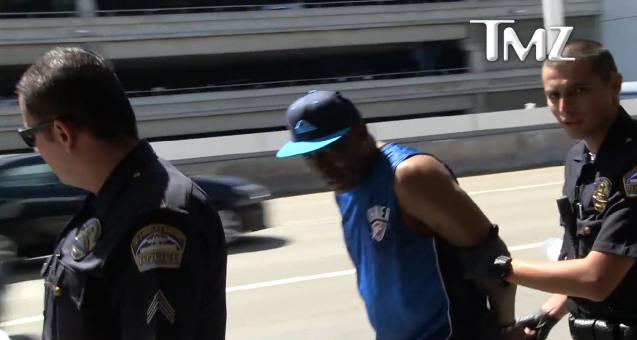 Los Angeles, CA – Despite being arrested at Los Angeles International Airport for possession of an illegal firearm over the weekend, Coolio assures that he won’t allow such a “misunderstanding” to stop him from pushing Hip Hop forward.

“I don’t know what’s going to be the result of this in the future, but for now I’m fine and I appreciate everybody’s concerns,” the 53-year-old South Central native said while eating at P.F. Chang’s. “We gotta go on and we gotta push on and try to forward Hip Hop.”

The “Gangsta’s Paradise” rapper also thanked both his fans and haters in the same sentence in between mouthfuls of exquisite Asian cuisine.

Despite his arrest, Coolio assures fans that he will continue with his planned appearances, starting with a show in Indio, California yesterday (September 18).

Having already boarded his flight on Saturday (September 17), Coolio was later hauled off by TSA as he was wanted for questioning in regards to an illegal firearm found in a book bag. Initially, one of Coolio’s bodyguard’s claimed ownership of the loaded weapon, but after being interrogated, Coolio confessed that the gun was, in fact, his. Not only was it loaded, but it was stolen too.

ABC7 obtained the reports that both Coolio and the bodyguard were later booked for possession of a stolen (and loaded) firearm by a felon and were taken to LAPD Pacific Division jail. His bail was listed as $37,308.