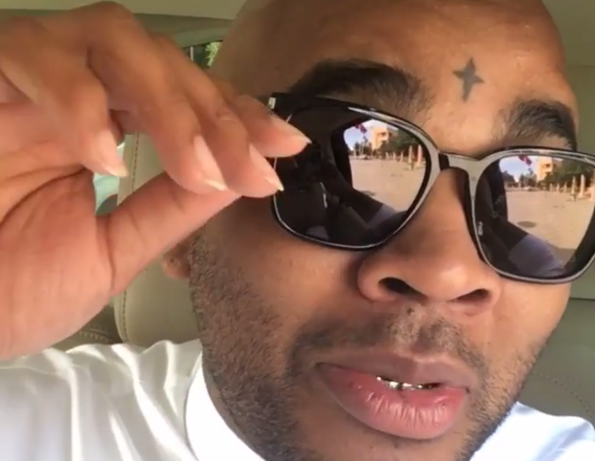 Marrakesh, Morocco – The talented yet troubled Kevin Gates gets beat up on social media for all the mistakes in his life, which tend to overshadow all the good that he does.

Not like the Lousiana rap star is overly concerned with his critics but he still does go out of his way to ensure he’s using his celebrity for the greater good at times.

Case in point: his latest decision to shave his head. As he reveals, it wasn’t for a new album photoshoot nor a movie role but instead, to show his solidarity for a youth cancer patient in the Make-A-Wish Foundation, he was being teased for his baldness after undergoing chemotherapy.

“My little partner, he’s in the Make-A-Wish Foundation but he say they be teasing him because he got a bald head,” Gates, who is currently pilgrimaging in Marrakesh, Morocco, told his 4.2 million Instagram followers.

“So now I got a bald head, so when they tease you, they tease me!” he said with a jolt of confidence and inspiration in his voice.

The Make-A-Wish Foundation has been around since 1980 making dreams come true for children with life-threatening situations and has gone on to brighten the day of tens of thousands of kids. A couple of years ago, they experienced global coverage with the Batkid story.

Those looking to donate, can visit their official site.

Watch Kevin Gates interact throughout the sands of Morocco and Saudi Arabia down below.

This is my Doctor – Khalid

Home is where the heart is – #AllahuAkbar