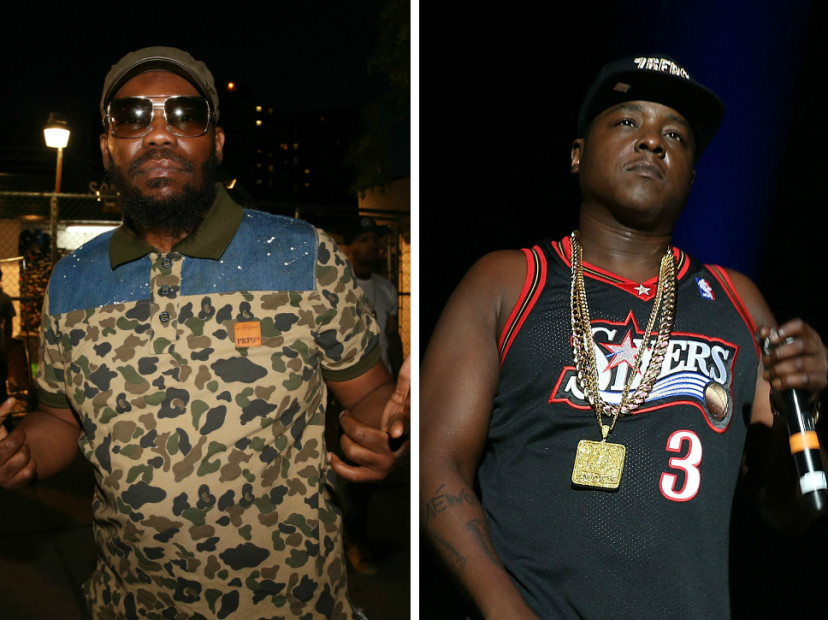 Brooklyn, NY – Despite the recent hype surrounding the Drake debate, ghostwriting is not a new phenomenon in Hip Hop. In a recent episode of “Doggie Diamonds No Filter” podcast, Peedi Crakk says that he believed Beanie Sigel got some help writing his Jadakiss diss track back in the day.

“Oschino and [Young] Chris had wrote that with him, too,” the State Property member says.

He also alluded to the notion that Beans had a roundtable of busy pens as he was preparing his contributions to the famed, DJ Envy-hosted Empire Strikes Back mixtape.

“They all wrote it together,” Peedi Crakk, who used to go by Peedi Peedi, continues. “Ask Oschino, he knows better than me. No, they did write that shit. They did, I remember. The wrote it together all of ’em.”

The 2001 diss track included some famous wordplay with Jadakiss’s name and Sunkist soda. (“I’m ’bout to sun kiss like a soda,” he quipped.) But what punchlines really belong to Sigel?

“It wasn’t just him to the face,” Crakk says. “Niggas definitely chimed in with certain little punches and shit.”

Even though Peedi Crakk stops short of saying Sigel used a ghostwriter, it’s clear he’s certain the jabs weren’t all straight from him.

No matter the case, the Beanie Sigel-Jadakiss beef is long gone. The two even hinted at doing a joint project this summer.