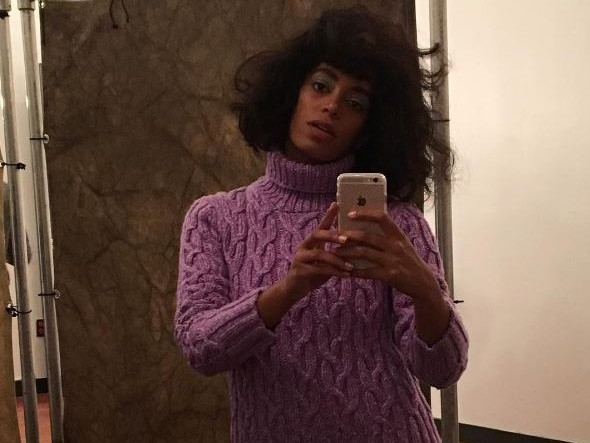 Solange Pens Essay After Being Harassed By White Women At Concert

Houston singer Solange Knowles put her emotions on display following a negative encounter at a Kraftwerk concert in New Orleans over the weekend.

The 30-year-old musician’s essay on her ordeal at the show was preceded by a handful of tweets that described the incident.

“4 older white women yell to me from behind, ‘Sit down now.’ I tell them I’m dancing at a concert. They yell, ‘u need to sit down now,'” Solange wrote in a tweet, which has since been deleted.

In her essay, “And Do You Belong? I Do,” she detailed the moment when her unwillingness to sit down during the show led to food being thrown at her.

“You are also confused as to what show you went to,” Solange wrote. “This is a band that were pioneers of electronic and dance music. Surely the audience is going to expect you to dance at some point. You were planning on sitting down after this song, as long as it wasn’t one of the four songs that you really connect with and plan on getting down to.”

“You feel something heavy hit you on the back of your shoulder, but consider that you are imagining things because well….certainly a stranger would not have the audacity,” she added. “Moments later, you feel something again, this time smaller, less heavy, and your son and his friend tell you those ladies just hit you with a lime.”

In addition to describing her encounter, Solange also touched on a variety of current events in her essay, from news of Air China warning its passengers of travel to Indian, Pakastani, and Black neighborhoods, to David Duke, a former KKK leader, running for Senate.

“The statement you made makes headlines funny enough just days after it comes to light that Air China warns their flyers not to go into Indian, Pakastani, or Black neighborhoods in order to stay safe, while Texas schools are fighting to have textbooks calling Mexicans ‘lazy’ removed from classrooms, and while Native Americans are doing everything they can possibly to to protect their sacred land from an oil pipeline being built on graves of their descendants,” the singer wrote. “You know that people of colors’ ‘spaces’ are attacked every single day, but many will not be able to see it that way.”

Read Solange’s “And Do You Belong? I Do” essay in its entirety at SaintHeron.com.