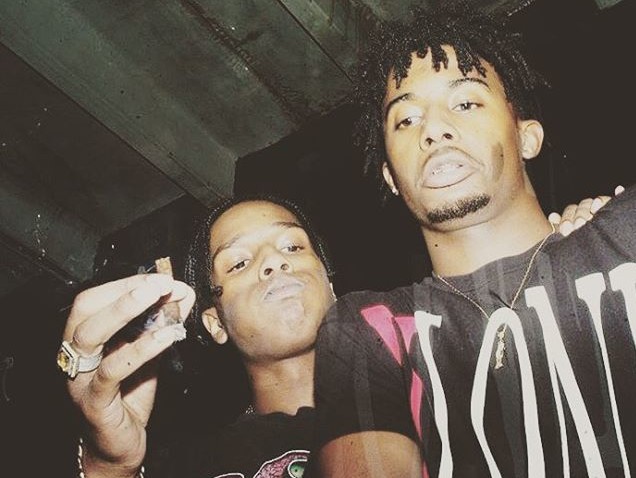 Los Angeles, CA – On the heels of the news that Playboi Carti’s debut mixtape is on the way soon comes word that he’s now signed to Interscope Records.

A$AP Rocky announced the news at a Ham On Everything performance in Los Angeles hosted by All Def Digital on Friday night (September 9).

HipHopDX reached out to the label for confirmation but didn’t hear back before publication.

“Y’all mothafuckers is turnt the fuck up,” The “Electric Body” rapper told the crowd. “This nigga Playboi Carti, it’s a good time for this nigga. Just got signed to Interscope. He ’bout to fuck shit up. Shout out Playboi Carti in this bitch one time.”

Carti first gained popularity in 2014 with the release of his track “Broke Boi” and has since frequently collaborated with A$AP Rocky, who also appeared in the visual for his 808Mafia-produced song “What.” He’s also featured on Joey Fatts’ track “Action” featuring A$AP Nast.