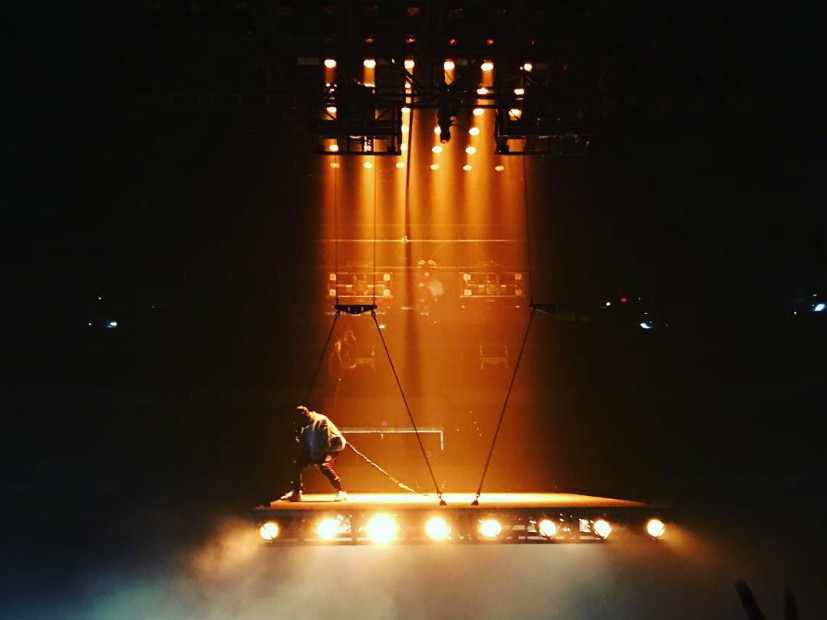 Kanye West has already changed the game with the floating stage for his “Saint Pablo” tour.

The tour rider has some interesting requirements on it as well. Yeezy and his wife, Kim Kardashian, request to have two slushie machines backstage, one with Hennessy and Coke and another with Grey Goose vodka and lemonade.

Mrs. West shared a shot of the slushie machines from the Toronto stop of the tour on her Snapchat. The post was captured by TMZ and the site also confirmed the items are on the official tour rider.

It was previously reported that Kanye requests 13 bottles of liquor — three of them Hennessy — in his hotel rooms, along with only cylindrical vases, black towels and a rare Genelecs 1031a speaker.

Check out the Saint Pablo Tour slushie machines below.