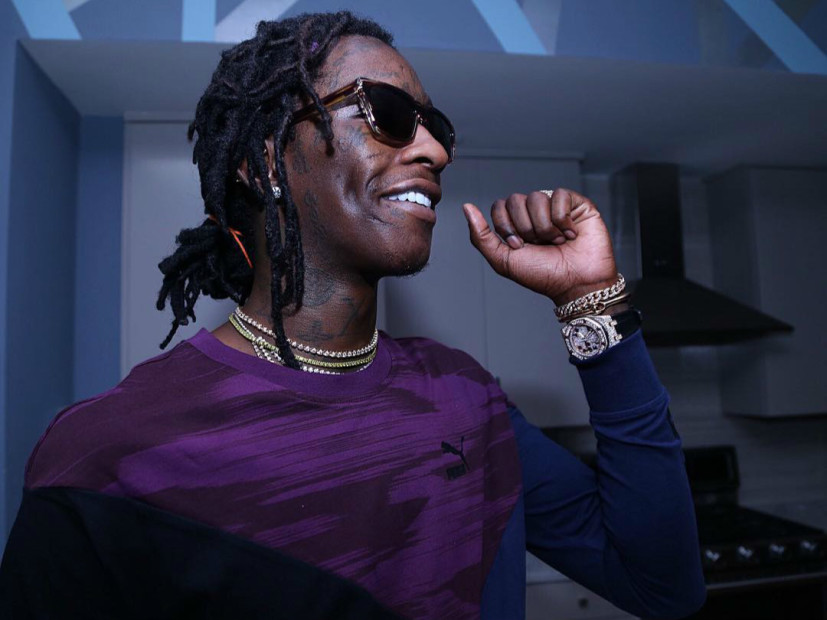 According to Hits Daily Double, the first three acts are all set to debut in the Top 3 of Billboard’s Top 200 albums chart with six-figure digit sales when the official numbers are released Monday. Frank Ocean’s Blonde, which debuted at the top of the chart last week, is to be pushed to the #4 slot, followed by Drake’s VIEWS and the Suicide Squad soundtrack.

Young Thug’s No, My Name Is Jeffery is to debut with between 33,000 and 37,000 album equivalent units. The album, which features the Atlanta rapper in a dress for its cover art, is Thugger’s third project to chart this year. Slime Season 3 landed in the Top 10 in April and I’m Up opened at #22 in February.

This is the first time since the April 30 chart that a Hip Hop album is not listed in the Top 3 of the list. That week, Kanye West’s The Life of Pablo and Rihanna’s Anti landed at #4 and #5 respectively. Prince dominated the charts the week after in the wake of his death. A week later, Beyonce took the top spot with Lemonade and then was dethroned by Drake’s VIEWS, which made history with 12 weeks at the top spot since then.