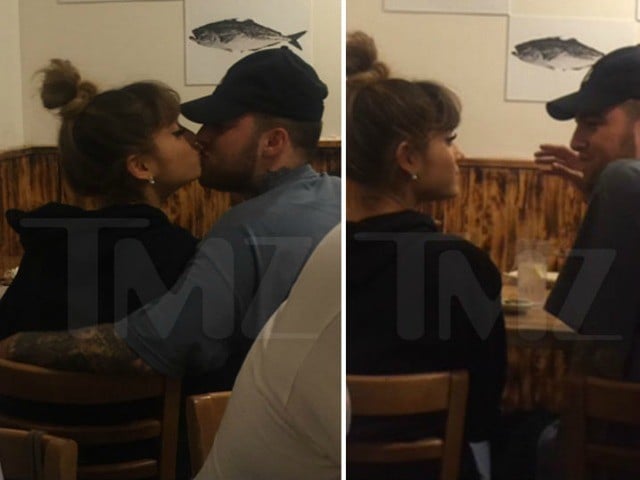 Los Angeles, CA – Mac Miller is not only juggling the final details of his upcoming The Divine Feminine release, but also a high-profile relationship with singer Ariana Grande, who clearly has an affinity for rappers. Grande was previously linked to Big Sean and now has seemingly moved on to Miller.

According to TMZ, the couple was spotted at the one of the Katsu-Ya sushi spots in the valley of Los Angeles Sunday night (August 21), kissing and giggling throughout the meal. Witnesses reported that at one point, Grande was even sprawled across Miller’s lap.

Sources close to the pair allegedly told TMZ they are indeed dating, though Miller has dismissed their romantic relationship in interviews, referring to Grande as just a “homie.”

Grande dated Big Sean for eight months before they called it quits. At the time of the split, their reps issued a joint statement saying, “They both deeply care for each other and remain close friends. We kindly ask that the media respect their wish for privacy regarding this personal matter at this time.”

While it’s unclear what exactly caused the breakup, Grande is obviously back on the menu.

Miller and Grande met years ago when he played her boyfriend in “The Way” music video off Grande’s 2013 release, Yours Truly.